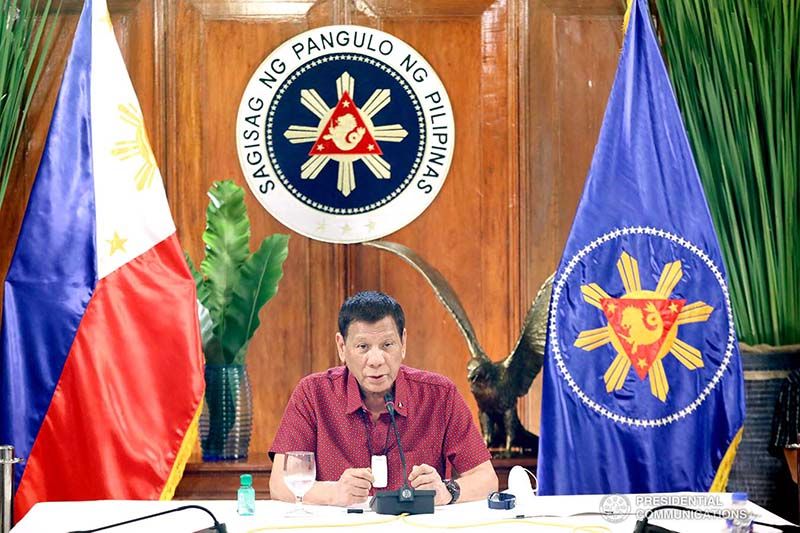 The rest of the country, Duterte added, will be placed under modified general community quarantine (MGCQ).

The Inter-Agency Task Force for the Management of Emerging Infectious Diseases (IATF) earlier defined GCQ as the implementation of temporary measures limiting movement and transportation, regulation of operating industries, and presence of uniformed personnel to enforce community quarantine protocols.

MGCQ, on the other hand, refers to the transition between GCQ and the New Normal, when the following temporary measures are relaxed and become less necessary: limiting movement and transportation, the regulation of operating industries, and the presence of uniformed personnel to enforce community quarantine protocols.

Duterte instructed Presidential Spokesperson Secretary Harry Roque to announce places where there will be changes depending on what the Chief Executive called “the viability of the place to meet the challenges of COVID-19.”

“The state has every right to control your movement if you pass on the contagion to the population,” the President said in his nationally televised address.

In the same press briefing, Department of Transportation Secretary Arthur Tugade announced that train and rail operations will resume partial operations on June 1.

Tugade told the President and other members of the Cabinet that LRT and MRT trains will carry 10% to 12% of their passenger capacity while the Philippine National Railway will be on 35% capacity.

Three hundred to five hundred buses will be allowed to augment the limited passenger capacity in trains in EDSA. - OPS-PCOO

Japan Inoculates 1,139 Seniors on Day One