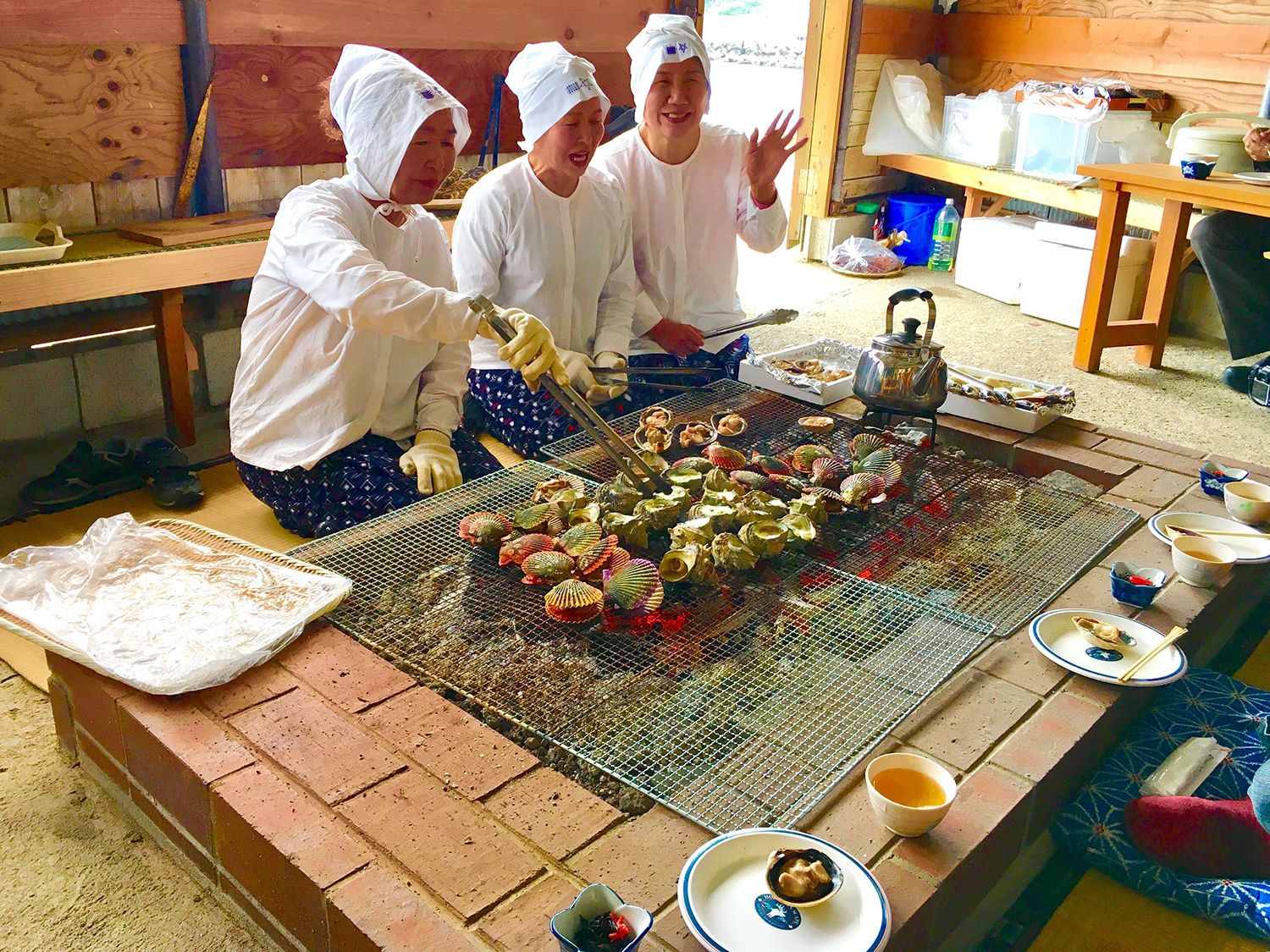 It is a fascinating fact how Japan’s sea women are trying to preserve an old tradition of freediving for abalone, sea urchins, seaweed, sea cucumbers, turban snails, and even pearls. Fondly called as “Ama,” which literally means “women of the sea,” these female divers are part of an old tradition tracing back from 3,000 years ago.

During the old times, jobs for women were scarce that Japan’s sea women needed to learn to dive without the help of breathing apparatus in order to sell seafood in the market. But now that the country is open to many roles that females can do, the number of Ama has largely decreased through the years.

Currently, there are around 2,000 Ama from 18 prefectures in Japan: 800 are from the Shima Peninsula in Mie Prefecture – 300 are from Shima City while 500 are from Toba City mostly aged 65 and above.

These sea women, who are touted as human mermaids, are said to be a dying breed caused by the aging population and climate change. But they vow to try to keep the tradition as long as they can.

It is believed that the history of Ama started some 3,000 years ago in Shima Peninsula when Ama tools called “awabiokoshi,” which is used to pry abalone from the reef and remove them from their shell were excavated from the ruins of Jyomon (14,000 - 300 B.C) and Yayoi (300 B.C - 300 A.D) periods. Later, in the 18thcentury, Amaimages were drawn in Ukiyoe prints.

The attire of Ama has also evolved through the years from wearing nothing to wearing white loincloth and wetsuits to protect themselves from the cold. They are now also using other equipment like goggles, chisels, ring float, lifeline, beach towels and fins.

There are two kinds of Ama divers: “Funado” who works with a boatman known as Tomae, most often their husbands; and “Kachido” who works alone. Their diving depths range from three to 20 meters. They can hold their breath under water for 50 seconds at most.

Ama divers are not allowed to get abalone smaller than 10.6 centimeters.

Every fishing season, Ama divers hold festivals for the sea god to pray for their safety and bountiful fishing.

Aside from the dangers of the sea, Ama divers also fight the cold. To combat this, they use fire pits called kamado that is placed in the center of the Ama hut. Before and after diving, they rest and warm up here.

Since 2007, Japan and Korea are working together to register the Ama culture in the UNESCO Intangible Cultural Heritage list. - Len Armea

This article was originally published in Filipino-Japanese Journal July 2017 issue.