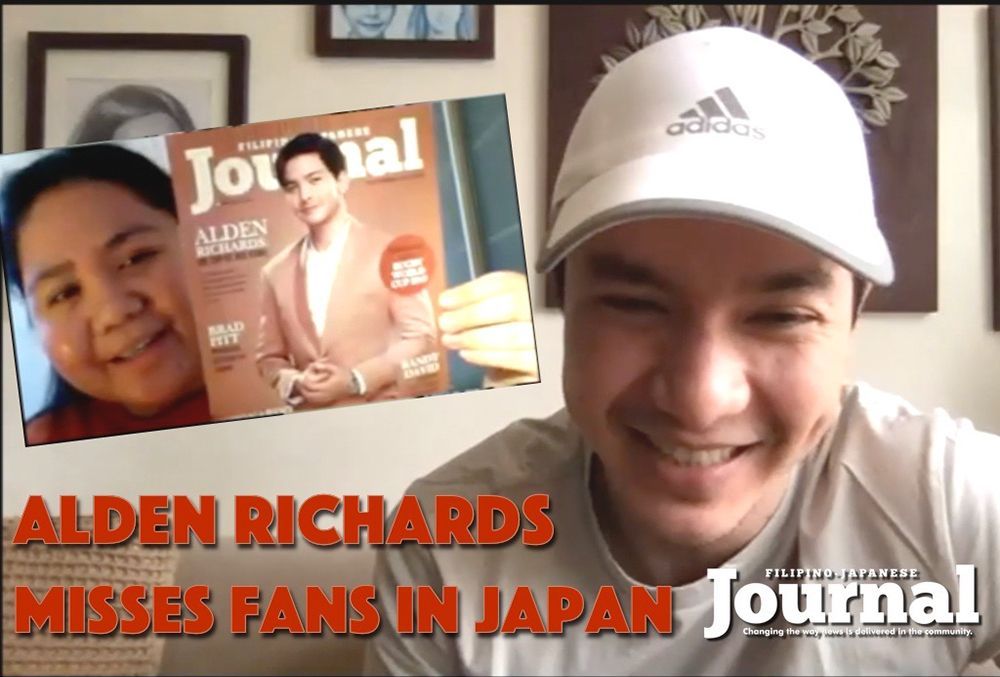 “Japan is one of my favorite countries. Mas miss ko po kayo riyan,” enthused Asia’s Multimedia Star Alden Richards when he was told by Filipino-Japanese Journal (FJJ) that he is being missed by his Pinoy fans in the country during an online media conference for his upcoming virtual reality concert that is slated to take place on Dec. 8.

The homegrown Kapuso star is set to take his fans and supporters on a journey that celebrates his 10 colorful years in the entertainment industry. From heartfelt songs to adrenaline-filled dance numbers, he is sure to indulge concertgoers across the globe in his first ever virtual concert entitled “Alden’s Reality (AR).”

“To celebrate po my 10th anniversary in show business, we have created something that is safe and yet will give them [fans] a 100 percent experience of a concert kahit hindi po kailangan pumunta physically sa actual venue. It’s our treat to them, it’s my treat to them since it’s my 10th year in the entertainment industry,” Alden told FJJ.

The concert will utilize the cutting-edge technology of a virtual reality to bring the Kapuso star closer to his fans.

“Excited po ako na we will be able to showcase something new, a different experience for the concertgoers, for our Kapusos all over the world,” he said.

The two-time FJJ cover star who is admired not only for his talent but because of the humility and gratefulness that he exhibits shared that out of all the blessings that he has been granted with, that of being an actor is what he considered his greatest to date.

“Kasi siyempre ang success is best experienced when you share it to other people who are with you so doon na po ako pinaka-blessed to really have people that encourage me, that give me unconditional love and support,” he went on.

Alden, who started his showbiz journey when he joined the reality talent competition “Starstruck” in 2010, revealed what he looks forward to in the next ten years of his career.

It’s true that the 28-year-old actor has already done a lot of exploring in Japan but he is ecstatic as ever to visit the country again and meet his fans after this pandemic is all over.