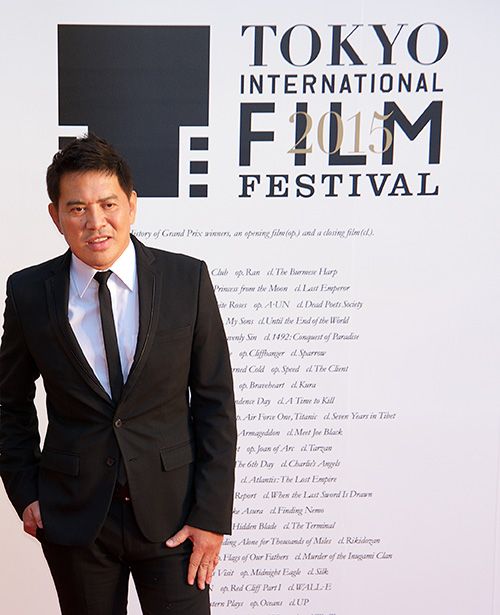 TOKYO – Award-winning Filipino filmmaker Brillante Mendoza will chair the International Competition jury of this year's Tokyo International Film Festival (TIFF), becoming the first Filipino to do so, it was announced at a press conference held at Toranomon Hills Forum on Sept. 25.

They will also select the festival's other main prizes.

“As the world points at Japan again for this year’s Tokyo International Film Festival, I feel privileged and honored to be part of the esteemed line-up of jury that will critique a formidable curation of films from all over the world,” Mendoza said in a statement sent to FJJ.

“With that, I am completely embracing this rewarding responsibility in-lieu to the mission of TIFF in giving a platform to filmmakers who present powerful and compelling stories through their artwork,” he added.

The Competition section will consist of 16 films selected from among 1,829 titles, which was the largest number of entries in TIFF, from 109 countries and regions.

Mendoza is a living national treasure of Philippine independent cinema having won numerous awards in major international film festivals such as Berlin, Cannes and Venice by showing authentic Filipino stories to the world. His first film "Masahista (The Masseur)" won the Golden Leopard at Locarno International Film Festival in 2005. In 2012, his film "Captive" competed at the Berlin International Film Festival, while "Tirador (Slingshot)" won the Caligari Film Award in 2007. "Thy Womb" won the La Navicella Venezia Cinema Award at the Venice Film Festival in 2012. "Lola" was nominated for the Venice Golden Lion in 2009. His most notable achievement is winning the Best Director Award at the Cannes Film Festival for the film "Kinatay" in 2009. In 2015, his film "Taklub" received the Prize of the Ecumenical Jury and in the following year, his film "Ma’ Rosa" won the Best Actress Award (Jaclyn Jose) at the Cannes Film Festival.

The 31st edition of TIFF will take place on Oct. 25 to Nov. 3 at Roppongi Hills, EX Theater Roppongi, Hibiya Step Square and other venues in Tokyo.