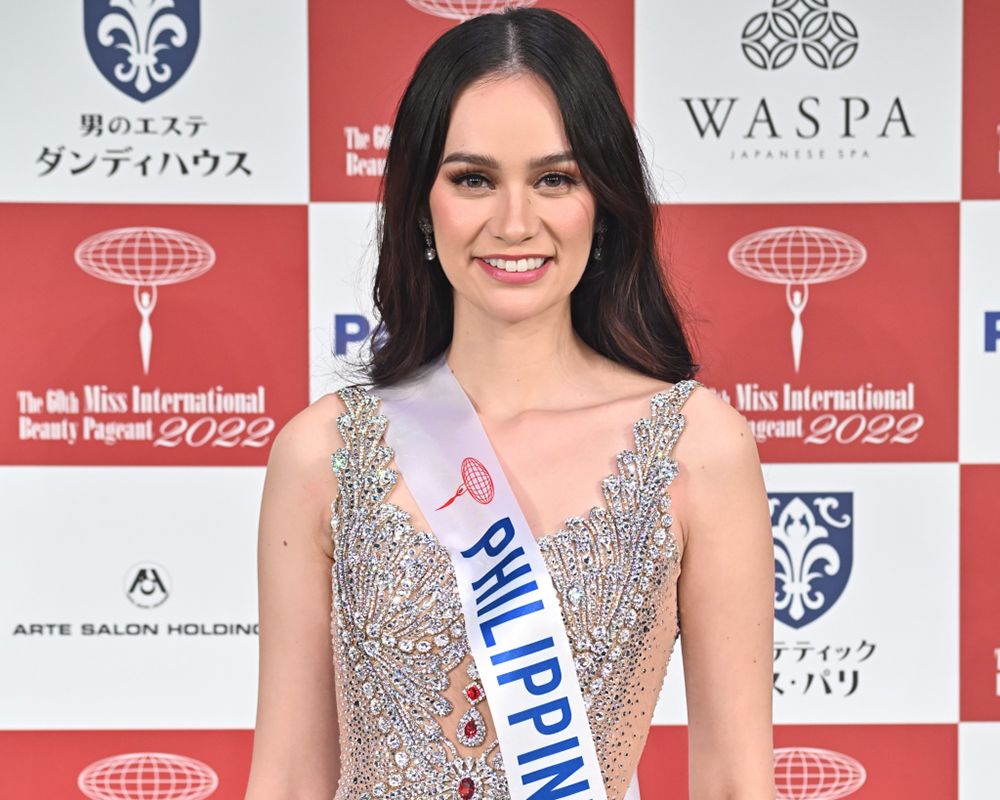 The 26-year-old Fil-Aussie model and scientist was among the 66 candidates who competed for the 60th Miss International crown at the Tokyo Dome City Hall last Dec. 13.

“When the show was starting, when the guitar was playing, I looked down at my national costume and the sash, and then I remembered, wow, I’m representing the Philippines. It’s been amazing,” Arnold told Filipino-Japanese Journal (FJJ) in an exclusive interview right after the pageant.

“I know there’s been negative and positive comments, but it has been absolutely incredible. Hearing the other girls say, ‘Philippines, good morning,’ I’m like wow that’s me! Of all the Binibinis, of all the girls in the international community, the fact that I got to be Miss Philippines was absolutely amazing,” she added.

Arnold was the only candidate from Asia who made it to the Final 15.

“Being the only Asian, I really had to look around. There were so many girls I thought that were going to be called. The Asian group was so powerful… so to be that one chosen to represent all of them was special, but I just wished there was more of us there also,” she said.

When asked about her reign – the most outstanding for her – she pointed out Binibing Pilipinas’ faith in her.

Arnold turned emotional and cried about the thought of missing Japan after representing the Philippines in the prestigious pageant.

“I’m gonna miss the people within this organization, especially my chaperone,” she said.

With tears in her eyes, she expressed gratitude for her fans and supporters.

“Thank you so much. The fact that everyone stayed with me for so long since my first Binibini, that’s really amazing. When I didn’t make it to the Top 8, I checked my phone, and everyone’s comments were very positive. I was nervous they would be disappointed in me, but the fact that everyone was so nice, I really appreciate it. So thank you, Philippines.”

Arnold tried to win the Philippines’ seventh Miss International title, which was won by Kylie Verzosa in 2016, Bea Rose Santiago in 2013, Precious Lara Quigaman in 2005, Melanie Marquez in 1979, Aurora Pijuan in 1970, and Gemma Teresa Cruz in 1964. - Florenda Corpuz

‘Bisita, Be My Guest’ Makes Filipinos Its Tourism Ambassadors