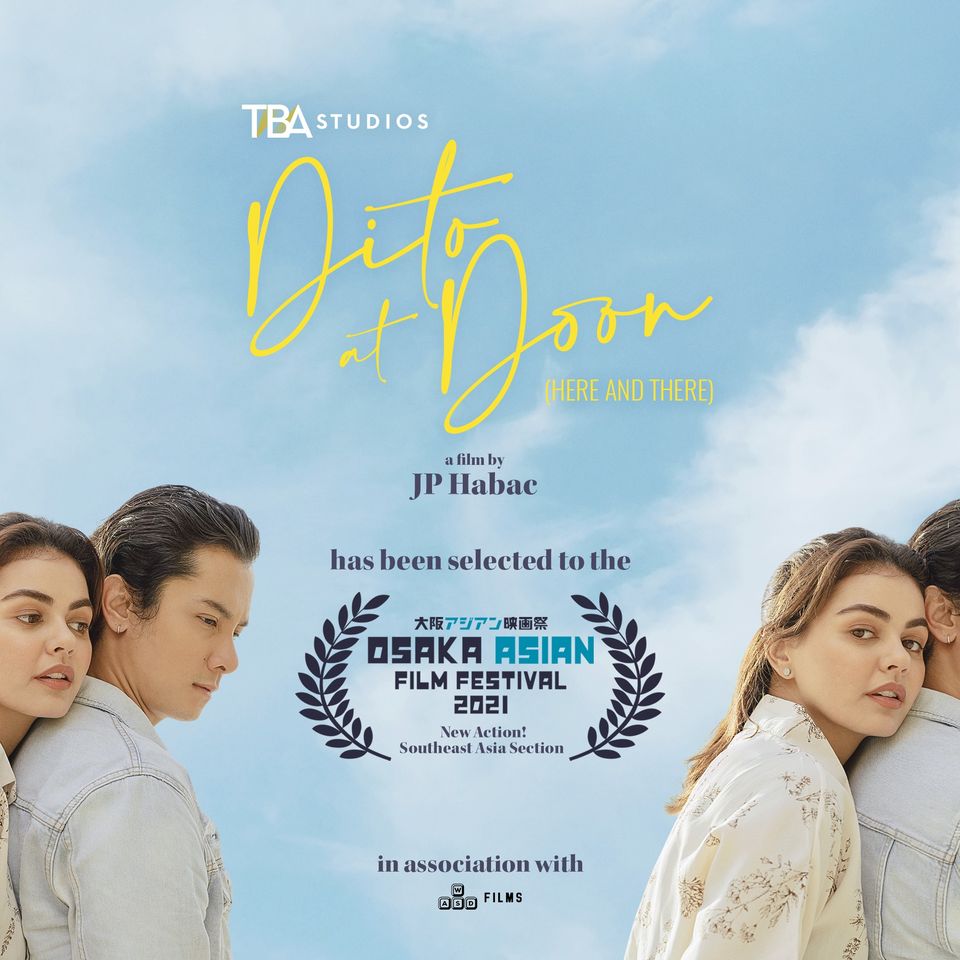 TOKYO – Filipino rom-com film “Dito at Doon (Here and There)” starring Janine Gutierrez and JC Santos is all set to have its world premiere at the 16th Osaka Asian Film Festival (OAFF) taking place from March 5 to 14 in Osaka.

Directed by JP Habac under TBA Studios in association with WASD Films, the movie will be showcased in the Special Programs <New Action! Southeast Asia> section of the festival.

“Doon muna tayo sa Japan bago dito sa Pinas! Before we show this beautiful film here in the Philippines, ‘Dito at Doon’ will have its world premiere at the Osaka Asian Film Festival 2021,” TBA Studios announced on their Facebook page.

In the film, Gutierrez and Santos portray the roles of Len and Cabs, respectively.

Philippines to Receive Up to 9.2M AstraZeneca Doses by Q2 2021