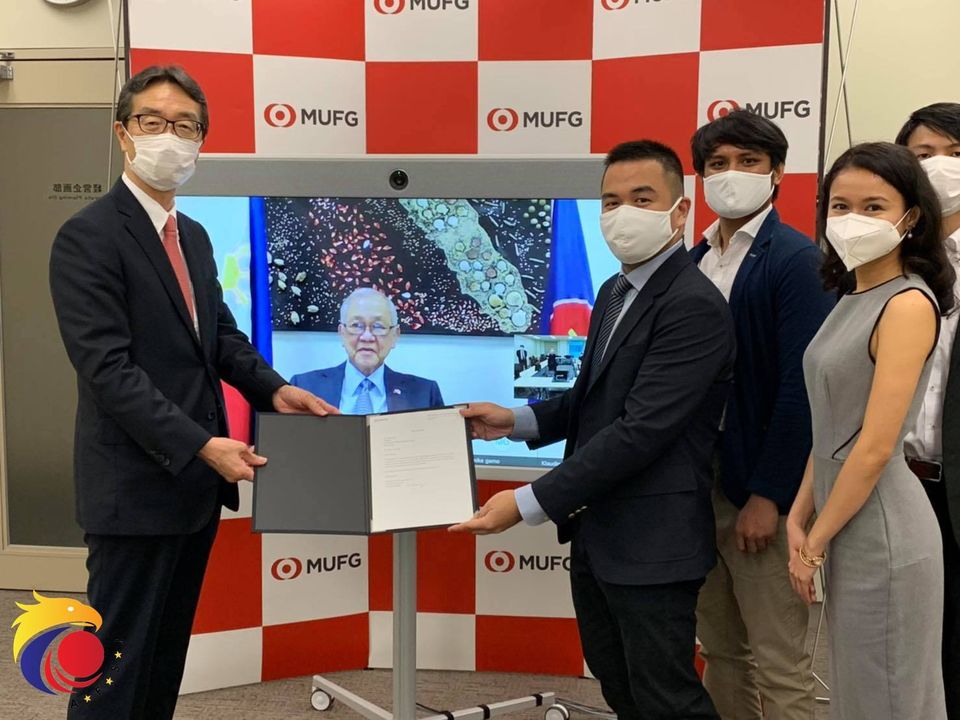 TOKYO – The Mitsubishi UFJ Financial Group, Inc. (MUFG) on Aug. 28 turned over its letter of donation worth 100 million yen to the Association of Filipino Students in Japan (AFSJ).

In his message, Laurel mentioned that it is very fortunate that the Filipino community continues to receive such donations and support for international students from the Philippines who are having financial difficulty due to the COVID-19 situation in Japan, according to a news release from the Embassy.

“The Embassy looks forward to AFSJ’s updates on their current batch of students receiving assistance as well as on the plans in the coming months for the remaining donation,” it added.

As a token of appreciation, the Embassy presented certificates to MUFG and AFSJ in recognition of the former’s generous donation and the latter’s continued support for Filipino students.

The AFSJ said it has received over 350 Filipino student applications (as of Aug. 24) for financial assistance and “will start distributing MUFG’s donation as soon as possible.” - Florenda Corpuz