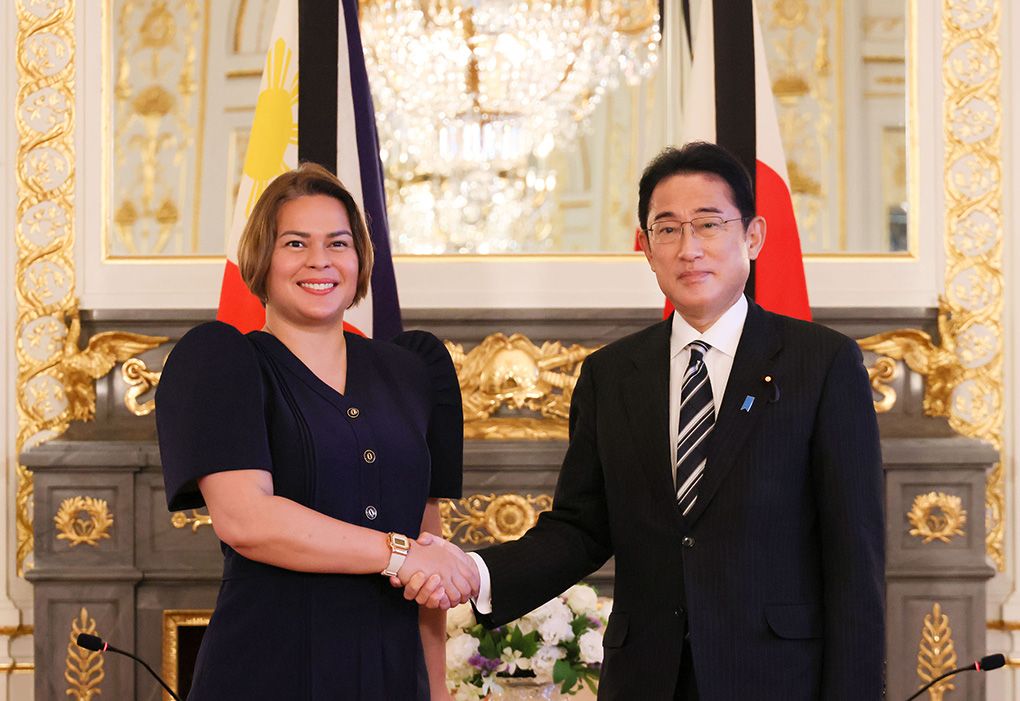 According to Japan’s Ministry of Foreign Affairs (MOFA), Duterte was acknowledged by Kishida as the first cabinet-level dignitary of President Ferdinand “Bongbong” Marcos Jr.’s administration to visit the country.

It said that Kishida expressed his gratitude to Duterte for attending the state funeral, and said that he was impressed that both houses of the Congress of the Philippines adopted resolutions expressing sympathy on Abe’s passing.

The MOFA also said that Kishida and Duterte’s meeting lasted for approximately 10 minutes where the Japanese premier conveyed his commitment to further strengthen the Japan-Philippines relations under the Marcos presidency.

It further stated that Kishida informed Duterte of his government’s decision to facilitate the improvement of agricultural and fisheries value chains and the collection of small arms and light weapons in Mindanao, as well as render educational support for junior government officers of the Philippines to study in Japan.

The Japanese leader also mentioned that he would like to work together based on the Philippines' needs toward the establishment of an autonomous government in Bangsamoro Autonomous Region in Muslim Mindanao (BARMM) in 2025, the ministry said.

For her part, Duterte reiterated her appreciation for Japan's long-standing cooperation in relation to infrastructure development and the Mindanao peace process, among others, the MOFA added.

It also said that the two leaders exchanged views on the situation in the East and South China Seas and economic coercion, and affirmed to work closely on these issues.

Duterte announced her visit to Japan last week to attend the state funeral of Abe, who was shot to death while giving a campaign speech in Nara Prefecture on July 8, at Nippon Budokan Hall on Tuesday. She mentioned that she would bring with her condolence letters from her father, former president Rodrigo Duterte, and Marcos Jr.

This is her first foreign trip as vice president of the Philippines. - Florenda Corpuz

(Photos courtesy of the Prime Minister’s Office of Japan)