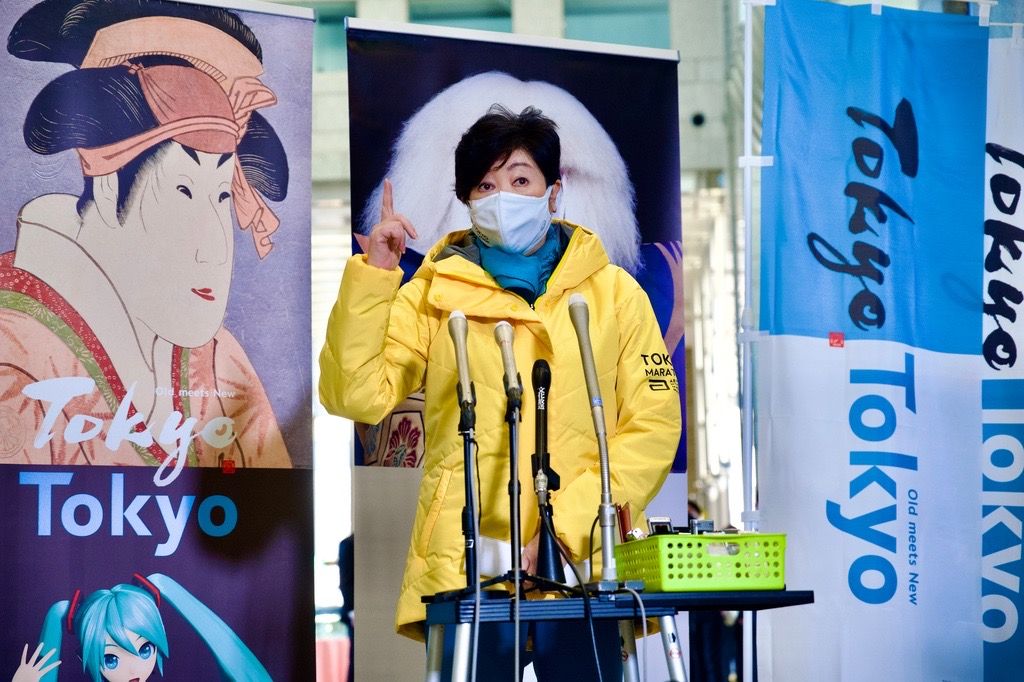 Tokyo’s Koike on Russia’s Invasion of Ukraine: ‘A Clear Violation of International Law’

TOKYO – Governor Yuriko Koike on Sunday condemned Russia’s invasion of Ukraine, calling it “a clear violation of international law, as it seriously undermines the territorial and sovereign integrity of Ukraine.”

“This is nothing less than a challenge to the international community and to democracy,” she said in her media huddle with reporters on March 6 at the Tokyo Metropolitan Government (TMG) building in Shinjuku.

The TMG building was illuminated with blue and yellow, the colors of the Ukrainian flag, for a week in a display of the Japanese capital’s solidarity with Ukraine.

“I believe that sending a message to the Ukrainian people is an extremely important act,” Koike said.

The governor, who was dressed in the colors of the Ukrainian flag, emphasized the importance of conveying a message and promoting international cooperation.

Her attire was provided by the officials of Tokyo Marathon 2021, which was successfully held yesterday.

It “coincidentally” matched the colors of the Ukrainian flag, the TMG said. - Words by Florenda Corpuz, Photo by Din Eugenio

EXCLUSIVE: Beauty Gonzalez Reveals Her Alternate Life Choice and What Keeps Her Up in Showbiz