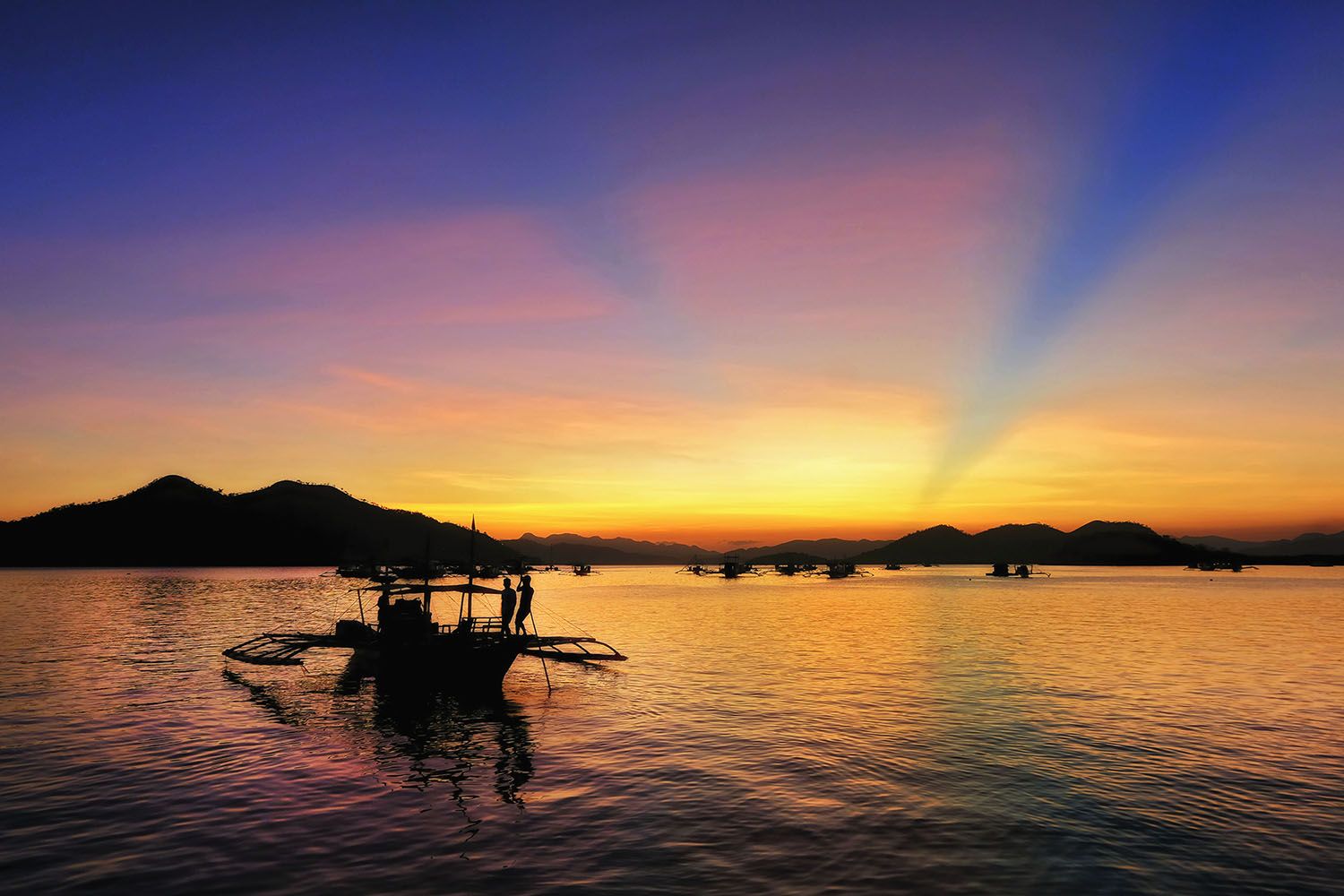 Coron is one of the most famous tourist destinations in the Philippines. Recognized as one of the top ten scuba diving spots in the world, it is best known for its world-class WWII-era wreck diving areas, limestone cliff-dominated landscapes, crystal-clear freshwater lakes, and shallow-water coral reefs.

Last summer, I traveled for the first time to Coron, Palawan. While I have regularly visited the province since 2013 for work-related reasons, my default destinations had always been either at the capital - Puerto Princesa City or the popular resort town, El Nido. The closest I’d been to Coron was a trip to study the electricity supply situation in the island across - Culion, known for being the former leper colony; now a flourishing ecotourism town.

No significant reason why I’ve not ventured in Coron until this year, which I somewhat regret because of the opportunity loss in being enthralled by its islandic charms. But I’m very glad that I had a camera club to go with, as it made the summer trip more intresting. Being with like-minded-friends, who had the same “shooting agenda” as I did certainly made it more worthwhile getting baked under the island sun. Since none of my phototrek groupmates were inclined to go diving, we only opted for the island tours to shoot and swim.

Coron is actually composed of Coron Island, about 50 adjacent islets (i.e., from Tara Island in the north-east to Canipo Island in the south), and the town proper, that occupies the eastern half of Busuanga Island. Collectively, they are “part of the Calamian Archipelago in Northern Palawan and they separate the SoutChina Sea from the Sulu Sea.” Coron Town, which is the commercial center and the transit hub, has a port area that’s facing Coron Bay; it’s also called the Boulevard Jetty. It is the jumpoff point to the four S’s of Coron - sea, sand, sun and scuba. It is where all daytime boat trips to the islets begin and end.

The town itself has limited tourist attractions but has exceptional places to experience like the summit view in Mt. Tapyas, with a commanding view of Coron Bay and whose modern style signage of “I love Coron” can be seen from below and at sea. The jetty, which is a great vantage point for sunset shooting also serves as a public promenade and hangout place for both locals and visitors. The Maquinit Hot Spring is also a regular item for tourism; our group took a morning dip in the refreshing warm waters. But what made the place more memorable for my group was the fishing village nearby, actually a staging area for snorkellers in the Siete Pecados Islands, which became an instant favorite as we shot both sunrise and the Milky Way at dawn there.

During the Coron island and islets tour, we hiked up the mountain access to Kiangan Lake, said to be the cleanest lake, with most pristine waters, in the country and swam the narrow passageway to the Twin Lagoon. In both places, I and my shooter friends could not help but finish our shooting immediately so we could all jump into the cool waters and enjoy the unique experience. Lunch was at a secluded beach (Camp Carabao), where the group had a generous helping of grilled seafoods and was treated to a sneak view of simple Tagbanua life - an elderly strumming his ukelele to sing a tribal song; his daughter weaving, and a son roasting coffee. The day was capped with sunset shooting at the jetty. After soaking in the island hopping adventure, we returned to the town port enveloped by the warm glow of a crepuscular sunset, glorious in its multiple hues of yellow to purple.

When one goes to Coron, the unwritten rule is to enjoy the comforts it can offer. Afterall, it is an island destination. While my friends stayed at a modern hotel in the periphery, I opted for a bed and breakfast place that allowed me to walk to nearby eating places, the market and boulevard, and the charming church. In all, I’d say it was a perfect choice if only for the chance to get as close as possible to where the action was.

Good times, tan lines, and sunny shots... this is what Coron means to me. Not a dull moment, with the sunshine constantly piercing my skin and the sand on my feet keeping me awake. Part two awaits next summer! - Words and photographs by Arlene Donaire

Maymay Entrata: From Fangirl to a Promising Star