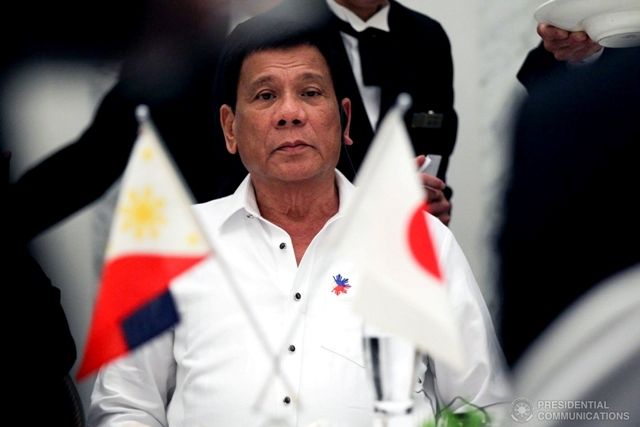 TOKYO – Philippine President Rodrigo Roa Duterte is making his third trip to Japan in late May, mainly to attend a global conference in the Japanese capital.

Presidential Spokesperson Salvador Panelo confirmed this at a press briefing on May 14.

Duterte is scheduled to give a keynote speech at the 25th International Conference on the Future of Asia hosted by Nikkei on May 31.

According to a Nikkei report, Japan and the Philippines are also trying to schedule a meeting with Prime Minister Shinzo Abe.

The President had initially been scheduled to attend Nikkei’s conference in June 2017, but cancelled his appearance because of the Marawi siege.