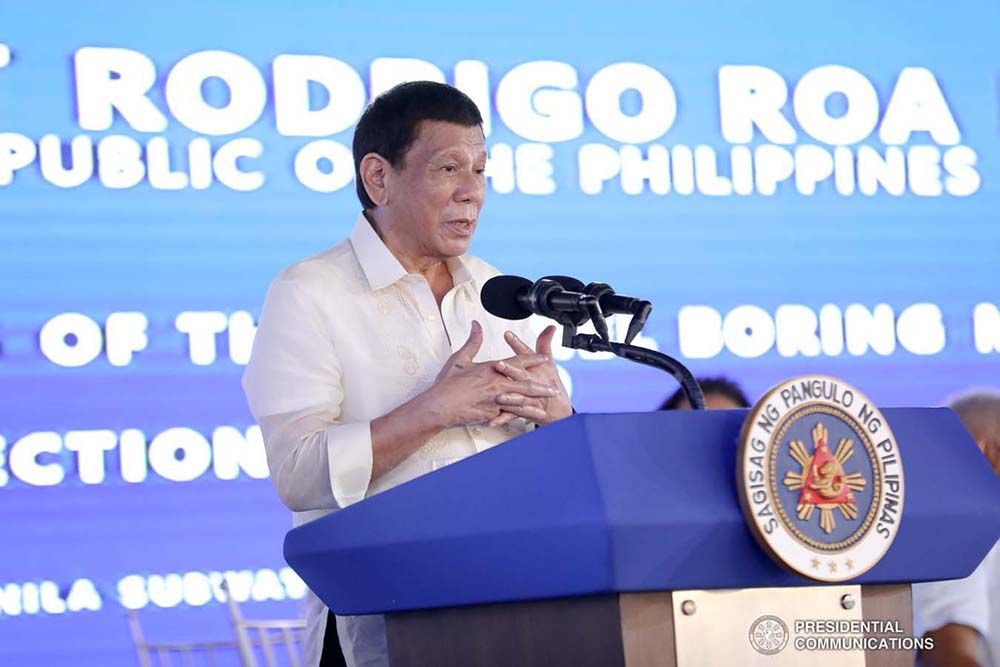 “May I express my gratitude again to the Japanese Government for partnering with the Philippines to make this dream a reality,” Duterte said in his speech during the lowering of the Tunnel Boring Machine (TBM) of MMSP at the MMSP Compound in Barangay Ugong, Valenzuela City last June 12.

“I am also grateful to have the Japan International Cooperation Agency as an ally in nation-building, particularly in initiatives that will benefit our citizens and accelerate our country’s economic development,” he added.

The outgoing leader said the project marks “another milestone” under the “Build, Build, Build” program “that gives us a feeling of pride and excitement.”

“This will truly help the commuting public --- especially those coming from Quezon City going to the Ninoy Aquino International Airport --- to experience the convenience and comfort of a fast, efficient, and modern transportation system.

“It will likewise allow travelers to save much time and energy, thereby giving them opportunities to become more productive and more focused on other worthwhile endeavors,” he noted.

Duterte also shared his thoughts on Japan’s love for the Philippines.

“I cannot seem to fathom the love of the Japanese people for this republic. There are so many projects going on in the country and being pushed and sponsored by the JICA. That is the overseas assistance nila.

“Japan has continued to help us to the extent that iyong ibang --- pati ng Davao City, the new highway and the bridge and everything, it would seem really that we are a part of the Japanese government. Para bang isang probinsiya tayo. We are the --- you know, being treated as almost a part of Japan that should be developed in due time,” he said.

Last February, the Japanese government signed the 253.3 billion yen loan agreement with the Philippines for the MMSP Phase 1, which followed its first tranche funding of 104.53 billion yen that was inked in March 2018.

The loan deal carries an interest rate of 0.1 percent per annum and a repayment period of 40 years, inclusive of a 12-year grace period.