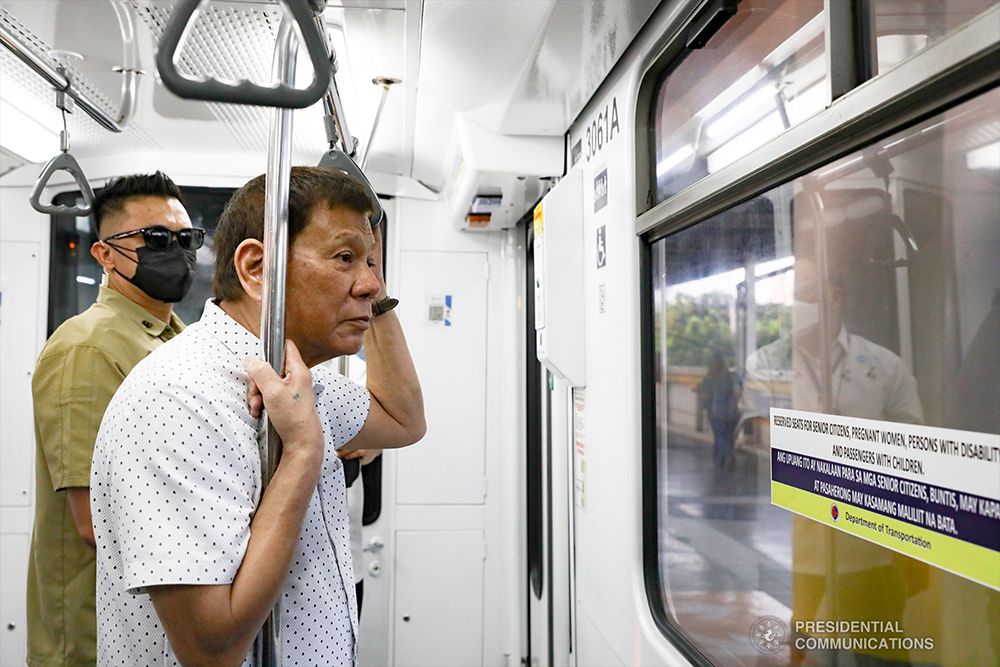 The MRT-3 Rehabilitation Project was financed by the Japanese government through the Japan International Cooperation Agency (JICA) under the “Build, Build, Build,” a flagship program of the Duterte administration.

All MRT-3 facilities and equipment were renovated under the project, including replacement of worn out tracks, upgrading of signaling system, and overhaul of the Light Rail Vehicles (LRVs).

“I extend my sincerest appreciation to the Government of Japan for your assistance in the project. Your country has always been a friend and an active partner of the Philippines in our development projects,” Duterte said in his speech.

“I want to take this opportunity to promote the rehabilitated MRT-3 to the commuting public and assure our kababayans that service disruptions are a thing in the past,” the president added.

Also present at the event were Transportation Secretary Arthur Tugade and Japanese Ambassador to the Philippines Kazuhiko Koshikawa.

“Now that we have accomplished its comprehensive rehabilitation, we can rely on the MRT-3 to run twice as fast without any untoward incident. This achievement of a fully rehabilitated railway will bring more convenience to many Filipino commuters,” Koshikawa said.

The Ambassador assured that the Japanese government is determined to build on this achievement, while further accelerating the excellent relations between Japan and the Philippines.

As announced by Duterte, the MRT-3 rides will be free from March 28 to April 30. - Florenda Corpuz