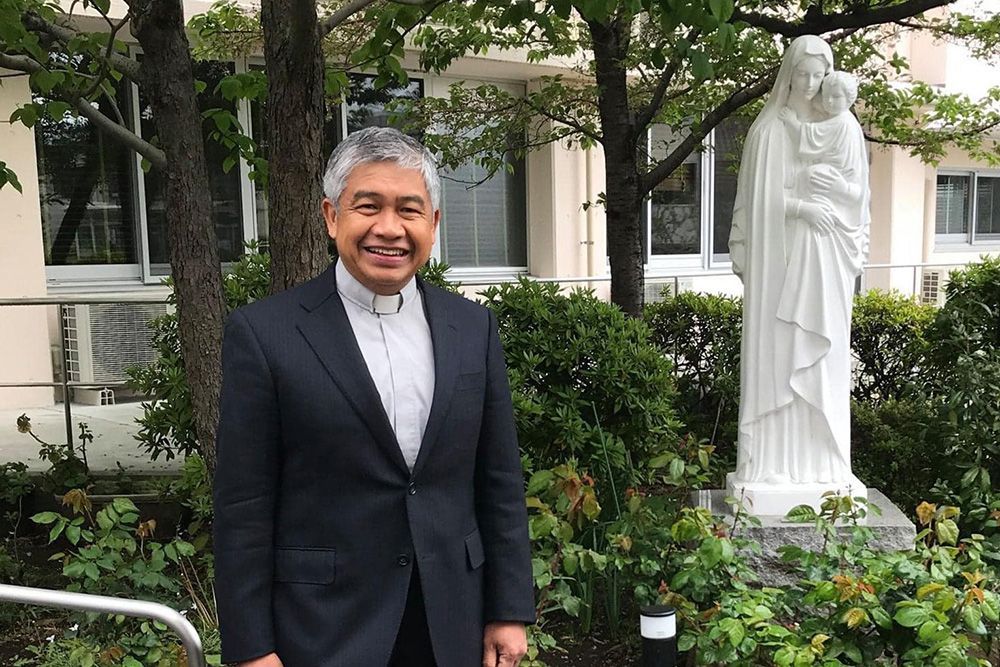 MANILA – Filipino Catholic bishop Edgar Gacutan officially assumed his role as the new shepherd of a northern Japan diocese in a solemn ceremony held on March 19.

A member of the Congregation of the Immaculate Heart of Mary (CICM), he was ordained a bishop and installed as the head of the Sendai diocese before a masked and physically-distanced crowd.

In his message, he started by expressing his heartfelt solidarity with all those affected by the magnitude 7.4 earthquake that hit off the coast of Fukushima on March 16.

The 57-year-old also expressed hope that the war in Ukraine “would end soon”.

He then asked the faithful gathered in the Mototera Koji Church for prayers for his new journey.

“I have always been at home in Japan and may the church in Sendai become home to everyone,” Gacutan said.

Pope Francis on Dec. 8 last year elevated Gacutan to the College of Bishops, becoming the first Filipino prelate in Japan.

The nuncio said “no one should wonder” that a Filipino missionary has become a bishop in Japan.

“The Catholic Church is a missionary Church. It means open to the world, embracing everyone, giving and receiving, where no one is a stranger,” Baccardi said.

“The presence of so many foreign workers in your diocese must see you present among them, take care of them who are far from their country and their families,” he added.

Sendai is a diocese that Gacuta had known for a long time. For three years, he was assigned in the area to help the victims of the Tohoku earthquake and tsunami in 2011 that claimed nearly 20,000 lives and also caused nuclear plant meltdowns.

Recalling the tragedy, he said that many people have been changed, even those who were not directly affected by the disaster.

Born in Cagayan province’s Enrile town, Gacutan has been a missionary in Japan since he was ordained priest in 1994.

At the time of episcopal appointment, he was as parish priest of Matsubara Catholic Church in Tokyo’s Setagaya Ward.