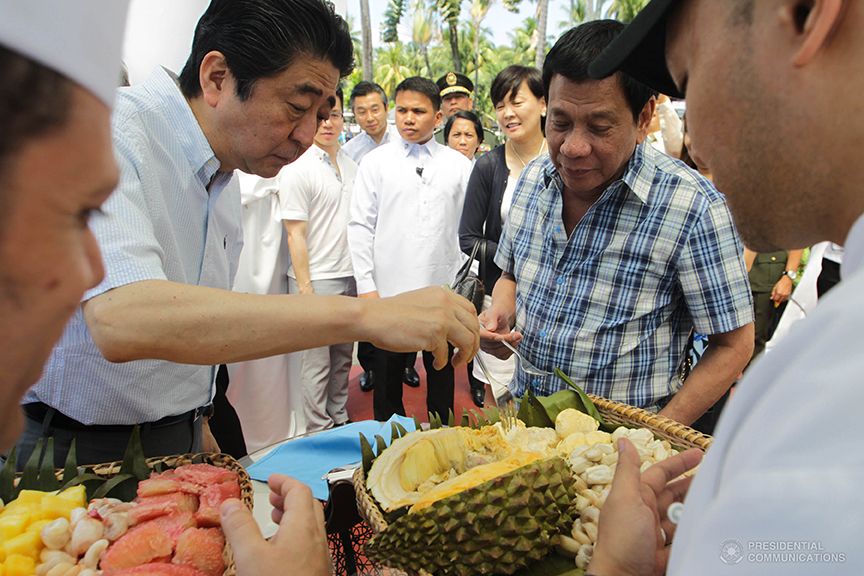 “The bilateral relations between the Philippines and Japan, now a Strategic Partnership, greatly flourished during his tenure,” Duterte said.

“What we have worked for and achieved together lays the foundation for an even closer friendship and cooperation between our countries in the future,” he added.

Duterte, in a statement, expressed “much regret” when he learned about Abe’s resignation.

“Through many years of our engagement, I have seen a leader with a bold vision and firm determination to do what was best for his country and our region,” he stated.

The Filipino leader said he would not forget the Japanese premier’s “kindness and strength of character.”

He recalled that Abe was “gracious” to accept his invitation to visit Davao City.

“I and Honeylet welcomed him and Madame Akie warmly to my humble home,” he recounted.

Duterte, who calls Abe "a true friend closer than a brother," said he prays for the latter's "speedy and full recovery."

Abe, Japan's longest-serving prime minister, announced in a press conference on Friday his decision to resign after suffering a relapse of ulcerative colitis, an inflammatory bowel disease, in June this year. - Florenda Corpuz