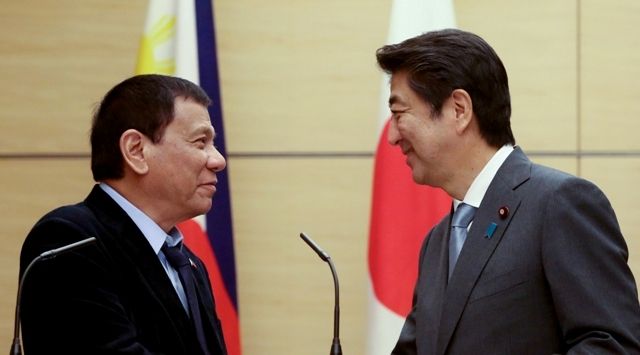 Duterte Scheduled to Visit Japan Again in May – Reports

TOKYO – Philippine President Rodrigo R. Duterte is reportedly scheduled to visit Japan in late May, mainly to attend a conference in Tokyo.

A Nikkei report said Duterte will speak at the 25th International Conference on the Future of Asia that it will host on May 30 and 31.

The news report added that Japan and the Philippines are also trying to schedule a meeting with Prime Minister Shinzo Abe.

Presidential Spokesperson Salvador Panelo said at a press briefing in Malacañang that he has been hearing about the visit, but said he would confirm it first.

“I heard that, too. Yes, I think so, yes,” he said when asked by a reporter for confirmation about the visit.

Duterte had initially been scheduled to attend Nikkei’s conference in June 2017, but cancelled his appearance because of the Marawi siege.

This could be Duterte’s third visit to Japan as president following his previous visits in October 2016 and 2017. - Florenda Corpuz, Rey Baniquet/Presidential Photo

Experience ‘Life Along the Line’ Through Tokyo Sakura Tram