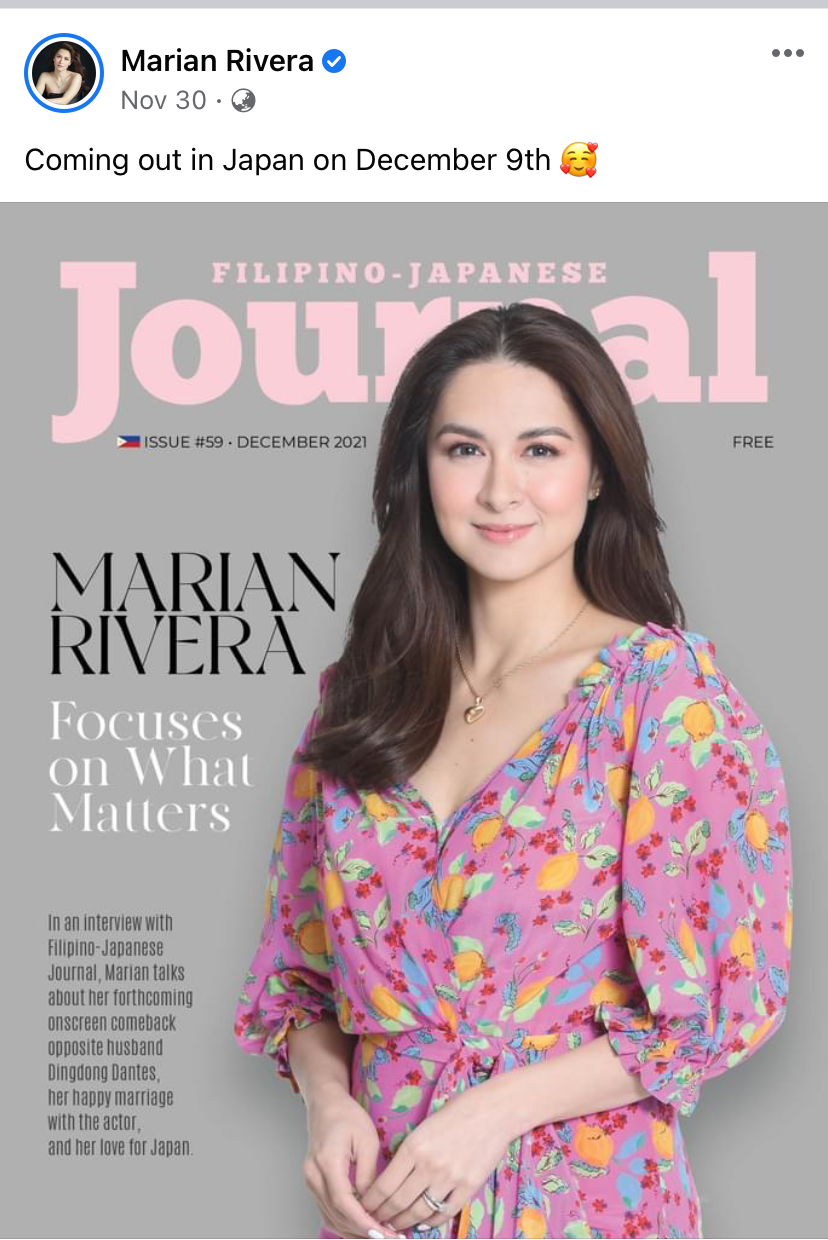 TOKYO/MANILA – After the release of her second Filipino-Japanese Journal (FJJ) cover last November, Kapuso Primetime Queen Marian Rivera posted it on her social media pages for her 26.3 million Facebook and 11.6 million Instagram followers.

Rivera, who is the most followed Filipino celebrity on Facebook, shared the December issue of FJJ on the social networking platform, which got a total of 19,500 likes, 415 comments and 164 shares, as of this writing.

The 37-year-old actress/host also shared the cover on her Instragam stories.

In the said magazine issue, Marian filled FJJ readers in on her forthcoming onscreen comeback opposite Kapuso Primetime King and husband Dingdong Dantes, her happy marriage with the actor, and her love for Japan.

“Yes, yes, yes ang sagot. Very, very soon,” she teased when asked by FJJ in a virtual interview on her possible project with Dantes.

As for her relationship with the actor, Marian revealed the secret ingredient to it.

Marian, who is ecstatic to visit Japan again, first landed on the front of the magazine in July 2018. - Florenda Corpuz

Tokyo Hosts Discovery Program for Next Generation of Para Athletes