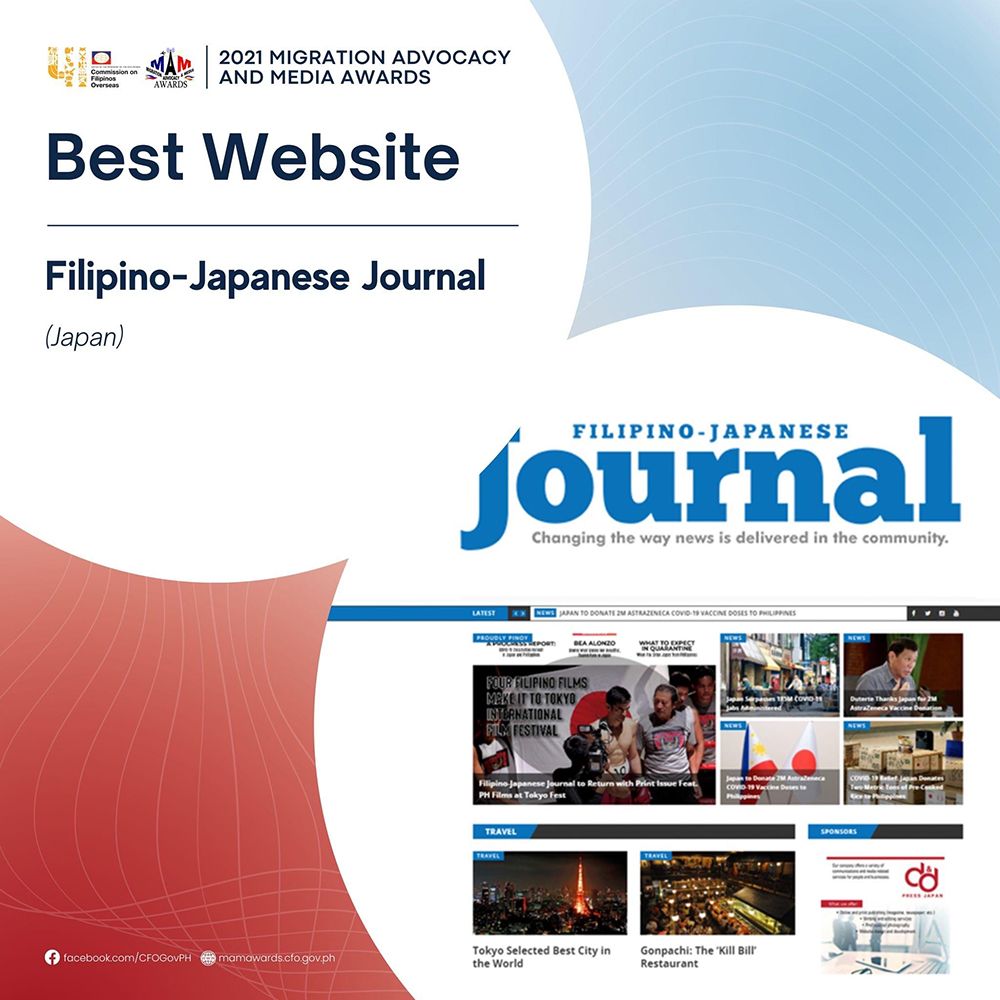 TOKYO/MANILA – The Filipino-Japanese Journal (FJJ) is set to receive the Interactive Media Award for the Best Website category from the Commission on Filipinos Overseas’ 2021 Migration Advocacy and Media (MAM) Awards to be held on March 16 at the Manila Hotel.

The FJJ website has been selected by the MAM Awards panel of judges as the recipient of the said award for its reporting on Japan’s provision of the antiviral drug Avigan to the Philippines for clinical trials against COVID-19.

The article, “Japan to Provide Free Avigan to Philippines,” by Florenda Corpuz was published online on April 30, 2020. The said story was well-received by readers and was shared over 300 times on Facebook.

The MAM Awards acknowledged FJJ and the other awardees “for raising public awareness on issues on Filipino migration, advocating for Filipinos overseas, and/or promoting a positive image of overseas Filipinos despite the challenges brought about by the COVID-19 pandemic.”

Conceived in 2011 by the CFO, the MAM Awards is the only award conferred by the Philippine government to media works specializing on migration issues. Since its launch, a total of 80 media reports, productions, and advocates from 18 countries, including Japan, have received the award.

Filipino-Japanese Journal, a publication of D&D Press Japan, is originally a blog site that features the best topics about Japan and the Philippines. It has been a source of invaluable information, particularly for Filipinos in Japan, in the past 10 years. - FJJ