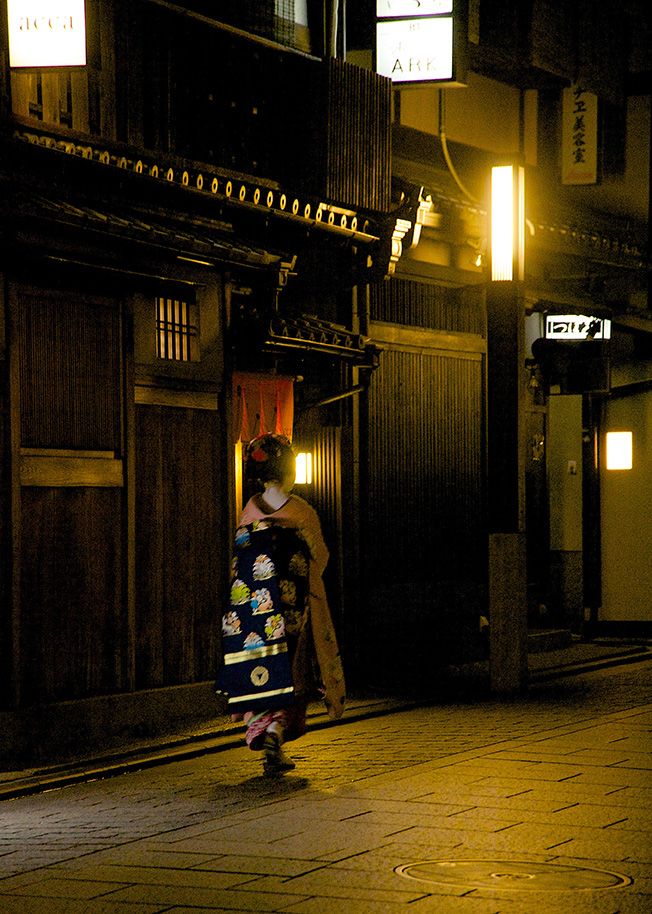 If you love watching Japanese movies and television programs, chances are you have already seen a geisha.

Geisha, which means “person of the arts” is a skilled Japanese woman whose traditional occupation is to entertain men.

The geisha system began some 400 years ago to entertain the wealthy merchants and samurai inside tea houses (o-chaya) and traditional restaurants (ryotei). During the 17th century, many Japanese women yearned to be a geisha. But only few aspirants weathered the long years of rigorous and intense training as apprentices or maiko as they’re called at geisha houses (okiya). Here, they are taught how to dance, sing, play musical instruments like the samisen, as well as conversational and social graces.

Before World War II, there were about 100,000 geishas in several cities across Japan, including Tokyo and Kyoto. Their numbers have declined with the rise of the hostesses and prostitutes after the war. Nowadays, there are only around 2,000 and are rarely glimpsed.

In Kyoto, Japan’s ancient capital, specifically at the Gion district, which is said to be the best place to experience the “geiko” (Kyoto dialect for geisha), you can find quite a few of them.

At Hanami-koji, where the street and side alleys are lined up with machiya and o-chaya, geiko dinners take place for trusted customers. The guests eat and drink while being entertained by the geiko and maiko through games and witty conversations. The highlight of the evening is the geiko’s performance of a dance to the tune of a traditional music, played on the samisen by another geiko. These dinners are usually exclusive and expensive.

A cheaper geiko experience is available for local and foreign tourists at the Gion Corner, where cultural shows like the maiko dance are being staged everyday. There are also maiko studios all over the place where you can dressed up as a maiko or geiko and pose for photos for 10,000 yen.

You can also spot a few maiko and geiko walking in the streets of Gion district during the evenings.

The geishas, with their beauty, grace and skill, are a huge part of the Japanese culture. Although they played an intriguing role in the ancient society, it is without a doubt that they are a living work of art.

This article was originally published on our blog in April 2014. Minor edits have been made by the editor.