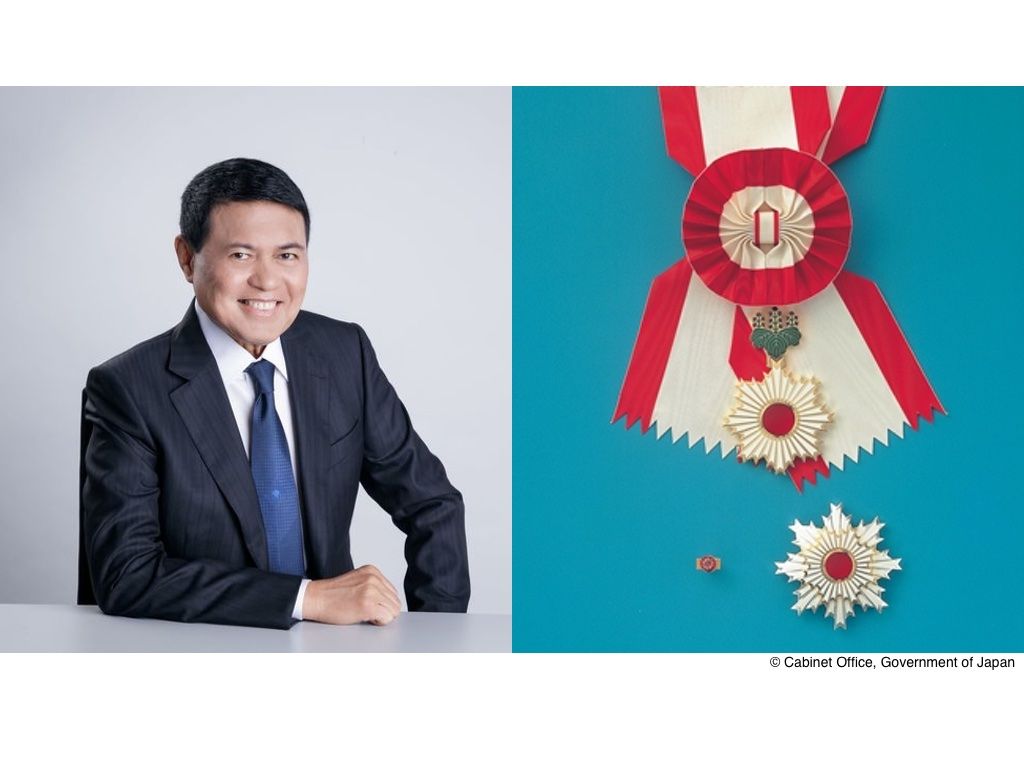 Japan Confers One of Its Highest Honors on Manny Villar

MANILA – The Japanese government announced on Friday the conferment of The Grand Cordon of the Order of the Rising Sun, the principal Japanese decoration for foreign nationals, on former Senate President and House Speaker Manny Villar in recognition of his contributions to strengthening economic bilateral relations between Japan and the Philippines.

The Japan Embassy in Manila, in a statement, said that during Villar’s term as Senate President, the Japan-Philippines Economic Partnership Agreement (JPEPA) and the “Protocol Amending the Convention Between Japan and the Republic of the Philippines for the Avoidance of Double Taxation and the Prevention of Fiscal Evasion with Respect to Income Taxes” were ratified in October and September 2008.

It also mentioned that as senator, he supported the ratification of the “Agreement on Technical Cooperation Between the Government of Japan and the Republic of the Philippines,” which was adopted into a Senate Resolution in March 2011.

“Japan highly valued his efforts in supporting and promoting the bilateral and economic relations between Japan and the Philippines,” the Embassy stated.

“The Government of Japan extends its sincere congratulations to Honorable Manuel Bamba Villar Jr. and commends his active role in strengthening the close relationship between Japan and the Philippines,” it added.

Villar, in response, thanked the government and the people of Japan for its conferment of the distinguished decoration.

“I am deeply honored with their recognition of my humble efforts to promote and strengthen the bilateral economic relations between the Philippines and Japan,” he said in a statement.

“I humbly accept this eminent recognition—the first national decoration awarded by the Japanese government in 1875. This comes at a time when the relationship between our two countries is blossoming. Japan has, for decades, been an important partner of the Filipinos as we endeavor to achieve prosperity. Japan has been our top investor, being the Philippines' biggest source of bilateral Official Development Assistance (ODA) since 2001. It has also been a leading partner in modernizing our infrastructure,” he went on.

“Japan will always be our friend and I am certain that this friendship will endure as it has for centuries,” Villar mentioned.

The Order of the Rising Sun was Japan’s first official decoration. - Florenda Corpuz

Manny Pacquiao to Run for Charity in Japan on May 22