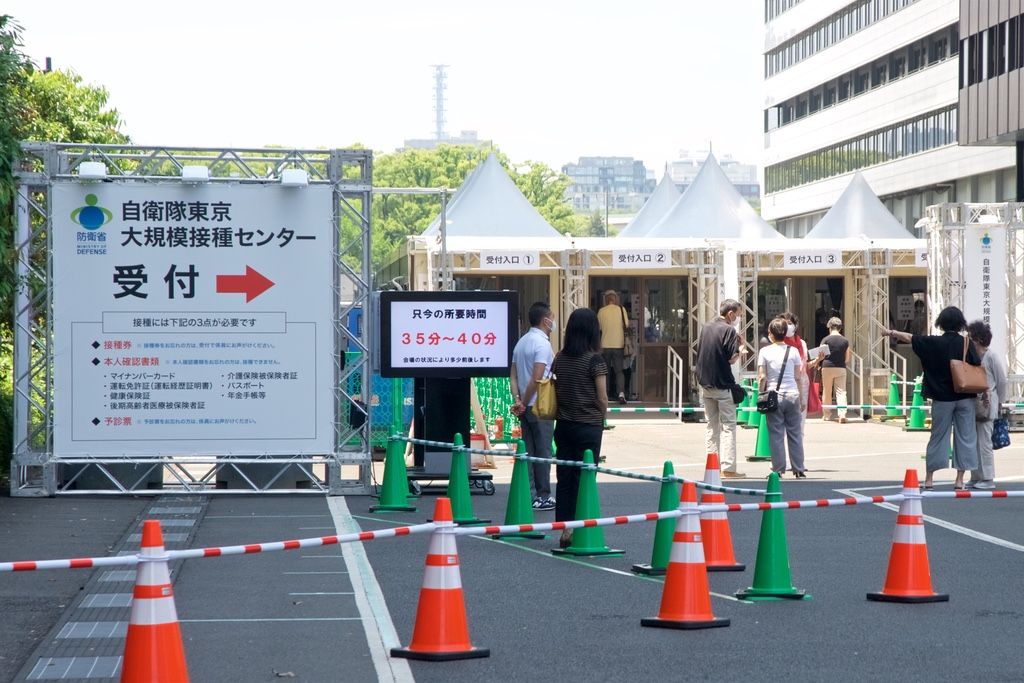 The two state-run facilities in Tokyo and Osaka, staffed by doctors and nurses from the Self-Defense Forces, will operate everyday from 8 a.m. to 8 p.m. for three months.

The Tokyo site located in a central government building in the Otemachi business district administered 5,000 shots of the newly approved Moderna vaccine, while the Osaka venue in the Osaka International Convention Center gave out 2,500 on Monday.

“Mass vaccinations are now underway in Tokyo and Osaka, thanks to the Self-Defense Forces (SDF) working in cooperation with the private sector. The inoculations were given in an orderly way, in keeping with how the SDF operates. It was deeply striking to see the elderly recipients look so relieved,” Prime Minister Yoshihide Suga, who visited the Tokyo site, said.

“My Cabinet will do everything in its power as we take on this new challenge of accelerating our vaccinations, which is our trump card in preventing the spread of infections,” he added.

The prefectures of Aichi, Miyagi and Gunma also launched their own large-scale inoculation sites on the same day.

The Japanese government aims to vaccinate the country’s entire elderly population of 36 million by the end of July. - Florenda Corpuz