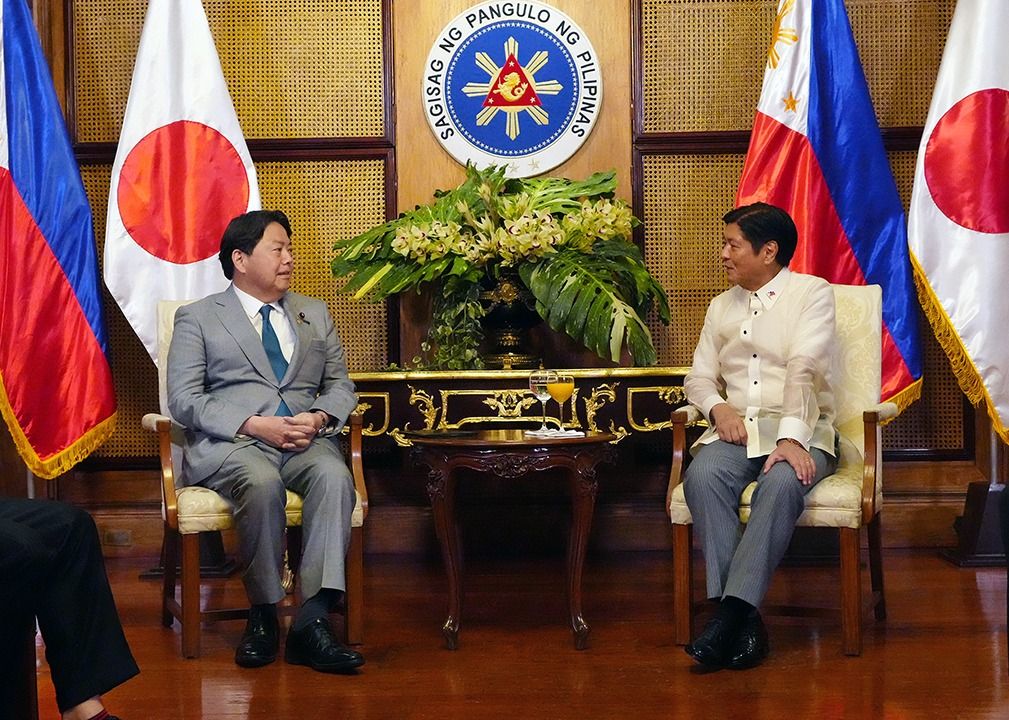 A report released by the Ministry of Foreign Affairs (MOFA) said Hayashi and Marcos Jr. also concurred on working closely on maintaining and strengthening the free and open maritime order based on the rule of law.

The Japanese foreign minister was in Manila to attend the Philippine leader’s inauguration ceremony as special envoy of Prime Minister Fumio Kishida.

At the beginning of their meeting, Hayashi congratulated Marcos Jr. on his inauguration and delivered a personal letter from the Japanese premier.

Marcos Jr., for his part, expressed gratitude for the attendance of a high-level official from the Japanese government at the presidential inauguration held at the National Museum last June 30.

“It was a great pleasure to have met with the Foreign Minister of Japan… I look forward to deepening our already-vibrant relationships with Japan and further exploring areas of mutual interest and benefit to our peoples,” he said in a post on Facebook.

Hayashi also held talks with Vice President Sara Duterte-Carpio and other Philippine government officials during his three-day visit to Manila.

“Philippines is Japan’s important strategic partner in the region. Through this visit, the cooperation toward realizing a free and open Indo-Pacific will be affirmed and bilateral relations will further be enhanced,” Hayashi told reporters prior to his trip. - Florenda Corpuz