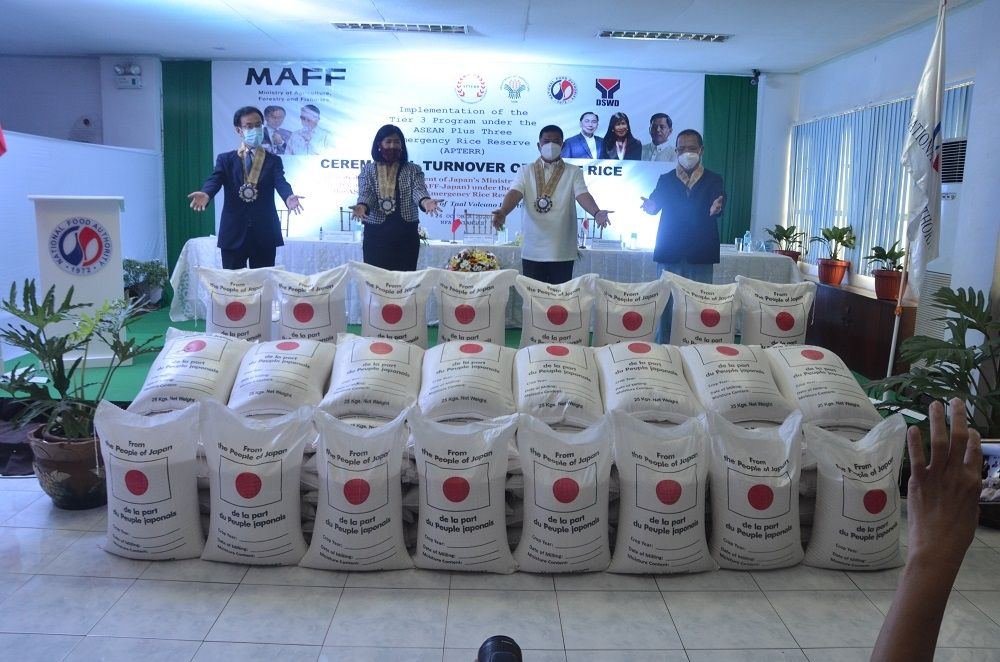 Japan Turns Over 425 MT of Rice Donations to Taal Victims

MANILA – The Japanese government officially turned over 425 metric tons of rice donations to the National Food Authority (NFA) to help the victims of the Taal Volcano eruption in Batangas last January.

Economic Minister Nakata Masahiro of the Embassy of Japan in Manila led the turnover ceremony held in Batangas City on Oct. 26.

“Japan doesn’t neglect victims of the volcanic eruptions despite the pandemic,” Japanese Ambassador to the Philippines Koji Haneda said in a tweet.

The rice donation was made by the Ministry of Agriculture, Forestry and Fisheries (MAFF) of Japan under the framework of the ASEAN Plus Three Emergency Rice Reserve (APTERR).

APTERR is a regional cooperation among ASEAN+3 countries (Japan, South Korea and China), which aims to strengthen food security, alleviate poverty and eradicate malnourishment. The initiative started in 2002 during the ASEAN+3 Ministerial Meeting on Agriculture and Forestry (AMAF+3).

(Photographs courtesy of Embassy of Japan in the Philippines)