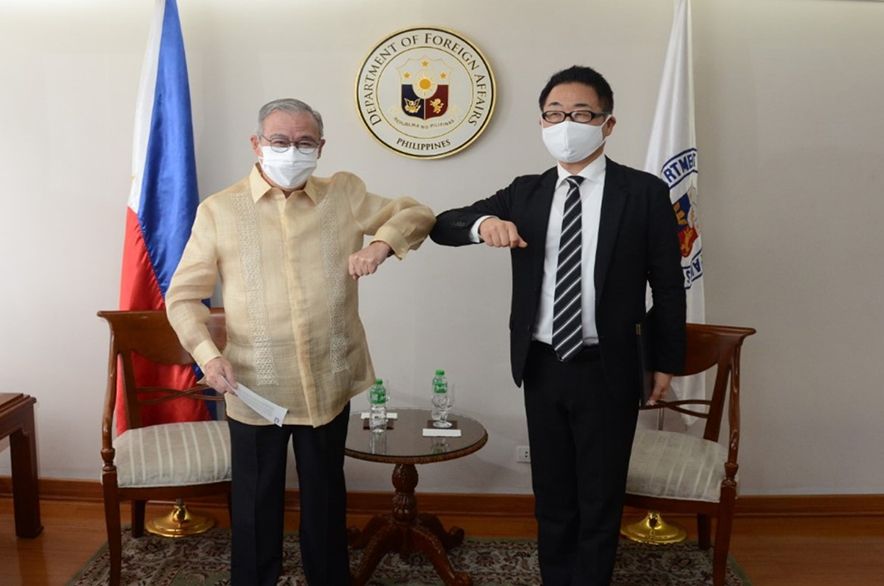 Locsin shared his high hopes for the continued upward trajectory of Philippines-Japan relations across a broad range of cooperation areas, including security, infrastructure, trade and investment, space cooperation, and information and technology.

“The President calls Japan ‘closer than a brother’,” the Secretary recalled, and extolled the “cordial, expansive and active” strategic partnership and overall ties between the two countries, which will culminate in 65 years of normalized relations in 2021.

Koshikawa likewise affirmed the strong bilateral relationship, remarking that the “golden age” of relations could soon enter the “platinum age.”

Prior to taking up his post in Manila, Koshikawa was a senior official at the Japan International Cooperation Agency (JICA). He was formerly Japan’s Ambassador to Spain and Angola. - PR

Duterte Thanks Japan for Assistance to Fight Pandemic