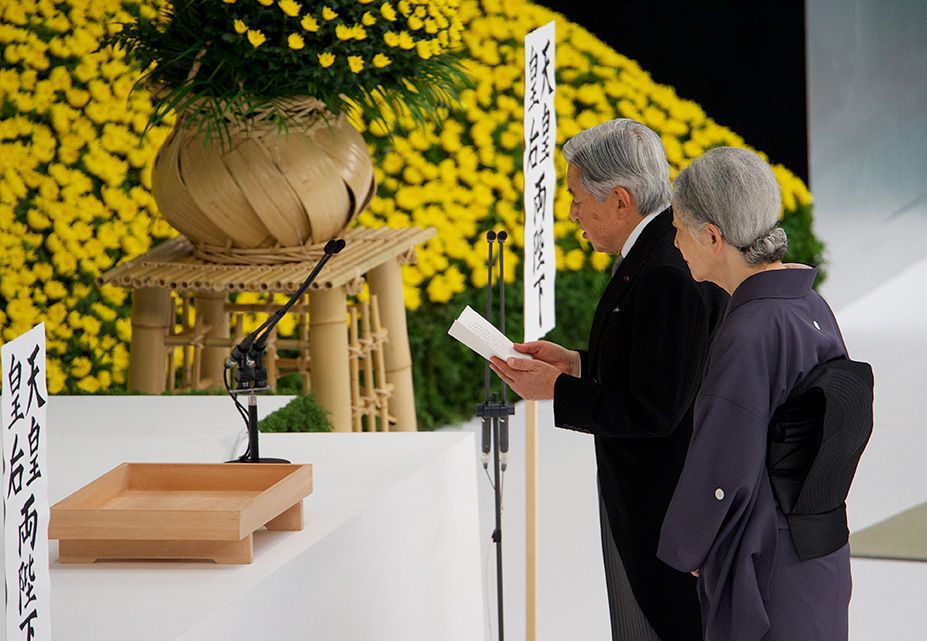 TOKYO – Emperor Akihito formally announced his abdication in a short ceremony held at the State Room Matsu-no-Ma of the Imperial Palace Tuesday afternoon.

“Today, I am concluding my duties as the emperor. I would like to offer my deep gratitude to the words just spoken by Prime Minister Shinzo Abe on behalf of the people of Japan. Since ascending the throne 30 years ago, I have performed my duties as the emperor with a deep sense of trust and respect for the people. I consider myself most fortunate to have been able to do so. I sincerely thank the people who accepted and supported me in my role as the symbol of the state,” he said in a brief speech.

“I sincerely wish, together with the empress, that the Reiwa Era, which begins tomorrow, will be a stable and fruitful one, and I pray, with all my heart, for peace and happiness for all the people in Japan and around the world,” he added.

The ceremony was witnessed by members of the royal family and top government officials including Prime Minister Shinzo Abe.

Akihito, 85, whose era is known as Heisei (achieving peace), will relinquish the Chrysanthemum Throne to his eldest son Crown Prince Naruhito, 59, after he expressed his desire to step down due to old age and deteriorating health in a prerecorded video address that aired on August 7, 2016.

He is the first Japanese monarch to step down in over 200 years. - Words by Florenda Corpuz, Photograph by Din Eugenio

(File photo: Emperor Akihito and Empress Michiko offer prayers to the war dead at a memorial ceremony marking the 70th anniversary of the end of World War II at Nippon Budokan on August 15, 2015.)