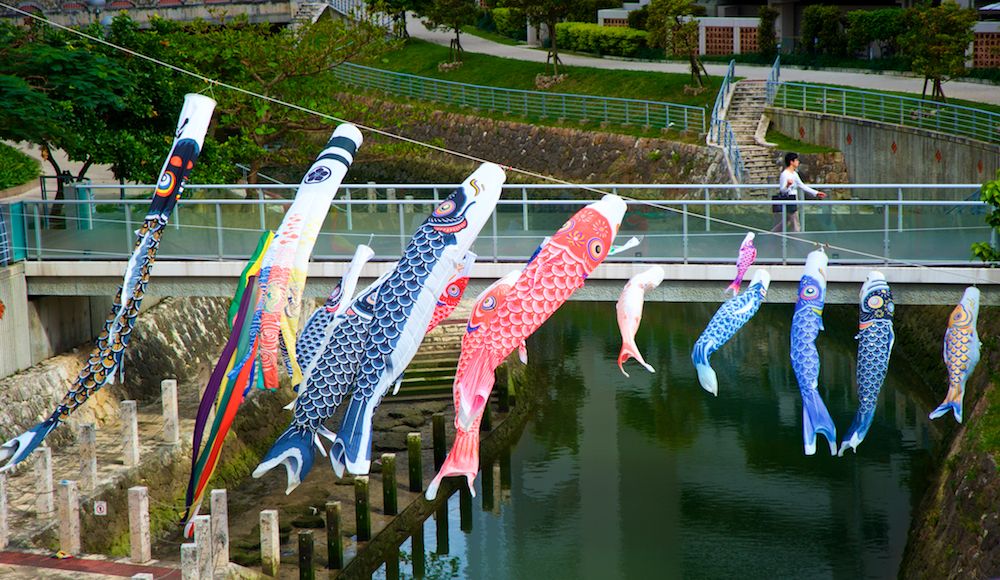 A week-long holiday. Crowded streets. Busy airports and train stations. Japanese on vacation. These are the common pictures that come to mind upon mentioning the words “Golden Week.” This holiday season is celebrated from the end of April to the first week of May.

The Golden Week is one of the busiest holidays in Japan. It is composed of four holidays within a week’s time. Most of the companies close for seven to ten days. This is why most working people in Japan see this as an opportunity to take a break from long working hours and escape the suffocating Japanese working environment.

Things to Do During the Golden Week

Because of the long holiday, this has been the perfect period for people in Japan, both Japanese and foreigners alike, to travel in and out of the country. Famous travel destinations are Hawaii, Guam and South Korea. However, for those who intend to just stay in Japan, there are a lot of interesting local events and festivals happening within the Golden Week. Some highly recommended activities are the following:

1. Watch a dragon boat race in Okinawa. The Naha Hari Dragon Boat Race, which originated in China, was adopted by the inhabitants of the former Ryukyu Kingdom. In the earlier days, canoes were just used for the practical reason of traveling from one island to another; however, over a long course of time, canoes had also been used in competitions against inhabitants of neighboring islands as a test of strength. At present, this festival is celebrated to pray for a bountiful catch and for the fishermen’s safe travels at sea.

2. Fly a kite in Edogawa. The traditional kite festival known as the Kasukabe no Otako Age Matsuri is held annually along the banks of the Edo River. The large, beautiful kites showcased in this festival are made by the members of a kite-culture preservation committee.

3. Attend the Otomi Jinja Shunki Shin Festival in Fukuoka. This festival originated way back in the Nara Period commemorates the victory of Kino Maro, who became instrumental in ending the rebellion headed by Fujiwara no Hirotsugu in 740 A.D.

Because the Golden Week has been synonymous with vacation, the real reason why this holiday is being celebrated is often put in disregard. The following dates are declared as holidays because of the following reasons:

April 29. This is the birthday of former Emperor Hirohito, also known as Emperor Showa. When he passed away in 1989, this day was renamed as Greenery Day and was celebrated as such until 2006. In 2007, it was renamed as Showa Day (Showa no Hi). More than simply remembering Emperor Showa’s reign, this day is a reminder of Japan’s struggles and triumphs during the Showa Period, which includes Japan’s rise and fall as a world power in the Second World War, post-war reconstruction and economic boom, and a time of democracy and peace.

May 3. This is known as the Constitution Day (Kenpo Kinenbi). As its name suggests, it is a day to commemorate the ratification of Japan’s new post-war constitution in 1947. It marks the start of a period of demilitarization and pacifism in Japan’s history.

May 5. Children’s Day (Kodomo no Hi). This is also known as the Boys’ Festival (Tango no Sekku). This is the counterpart of the Girls’ Festival (Hina Matsuri), which is celebrated every March 3. During this festival, families pray for the good health and success of their male children. They put carp streamers and samurai dolls that symbolize strength, power and success in life.

To celebrate the ascension of Crown Prince Naruhito to the Imperial throne on May 1, the Japanese government approved a bill to designate that day as a one-off holiday, creating a 10-day Golden Week holiday period from April 27 to May 6.

What’s in a Name?

So why call this long holiday “Golden Week”? In 1948, nine official holidays in Japan were declared, most of which fall between April and May. Through the years, there has been an observable upward trend in the profits of leisure-based industries during this specific time of the year. The movie industry is one of those that benefitted significantly during this long holiday as movie ticket sales skyrocket during this time. In 1951, the movie “Jiyū Gakkō” recorded very high sales when it was released during the first week of May. The managing director of Daiei Film Co., Ltd. was said to be the first one who called this period the “Golden Week” based on the Japanese radio lingo “golden time,” which refers to the period where the highest number of listeners are recorded. Subsequently, most of the films to be released target this period as their show dates.

The Golden Week might commonly be associated to travel, escape and vacation, but behind those evolving conceptions of this holiday lies a cultural tradition that the Japanese meant to preserve for the next generations. - Herlyn Alegre