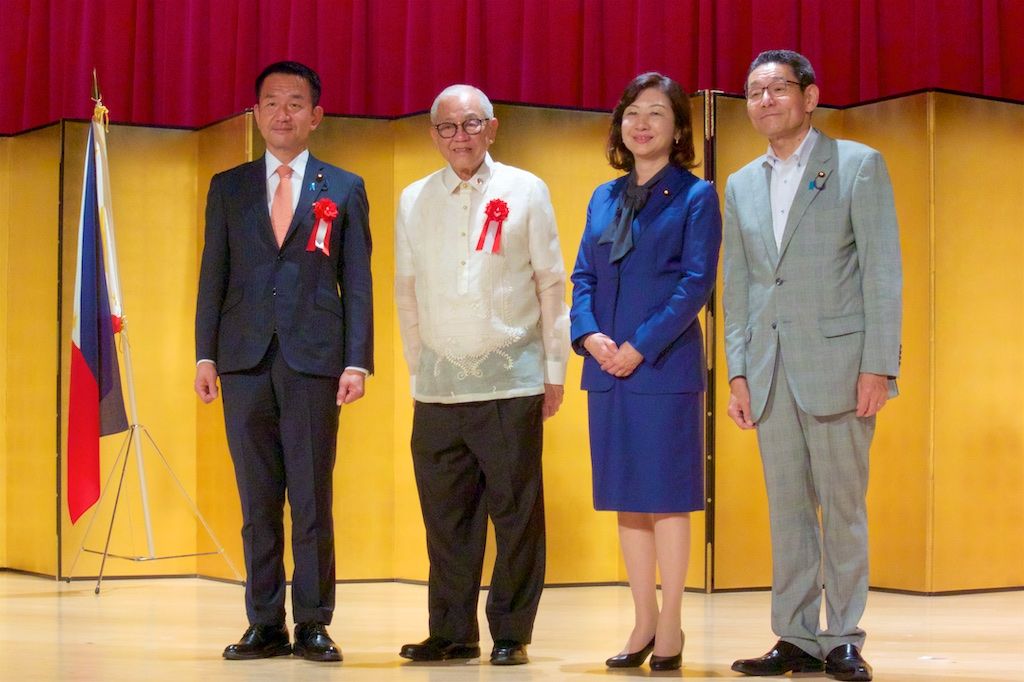 TOKYO – The Philippine Embassy in Tokyo commemorated the 124th Anniversary of the Proclamation of Philippine Independence in a solemn celebration led by Ambassador Jose C. Laurel V at the Fuji Room of the historic Imperial Hotel on June 10.

This was the first in-person diplomatic reception hosted by the Embassy since 2019, which was attended by around 300 guests, including Japanese government officials, members of the diplomatic corps, business executives and Embassy personnel.

The theme was “Kalayaan 2022: Pagsuong sa Hamon ng Panibagong Bukas (Rise Towards the Challenge of a New Beginning).”

“The past two years have been challenging for all of us with the COVID-19 pandemic. It has affected everyone's lives - be it workers or students alike, including our fellow Filipinos here in Japan. However, similar to the theme of this year's celebration, we are all currently rising towards the challenge of a new beginning, a new phase in our lives after COVID-19,” Laurel said in his opening remarks.

He thanked the Japanese government for their continued support for the well-being of more than 350,000 Filipinos currently living and working in the country.

Laurel also expressed his appreciation to the captains of Japanese industry for their continued engagement in the Philippines.

“Japan remains to be one of the most important trading and foreign investment partners in the Philippines.

“Even amidst the pandemic, the Japanese investments to the Philippine have not waned.

“The government of the Philippines is committed to further enhance our partnership even creating new avenues for cooperation, including in the field of healthcare and in the creative economy,” he stated.

Furthermore, he extended his gratitude to all the officers and staff of the Embassy in Tokyo and the attachés and personnel of its attached agencies for their public service and “strong support” since he arrived in Japan in 2017.

“To the Filipinos in Japan, mga kababayan, rest assured that the Philippine Embassy, together with the Philippine Consulates General in Nagoya and Osaka, will continue to work with you to promote your welfare and well-being in your adoptive country,” he remarked.

He shared that he will continue to actively promote Philippines-Japan relations in his private capacity.

“It has been my greatest honor to have served as Ambassador of the Philippines to Japan. The son has followed in the footsteps that his father set more than fifty years ago,” the emotional envoy said.

Laurel will end his tenure as Philippine Ambassador to Japan on June 30. - Florenda Corpuz