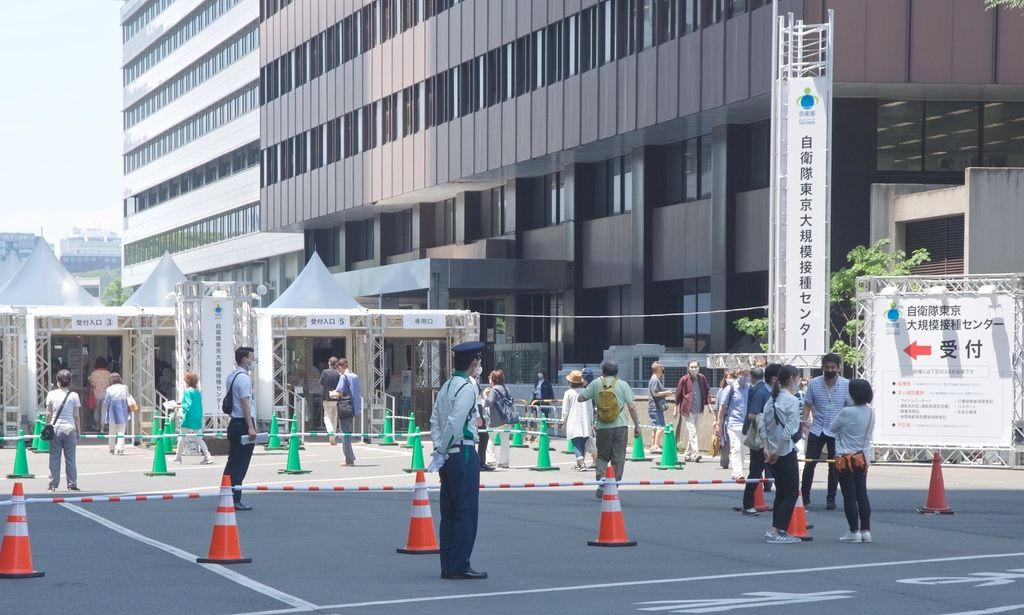 TOKYO – Japan’s two state-run mass COVID-19 vaccination centers for people aged 65 and older in Tokyo and Osaka reached their target of offering 10,000 doses and 5,000 each day respectively as the country aims to finish the inoculation of its entire elderly population of about 36 million by the end of July.

The Tokyo facility located in a central government building in the Otemachi business district expanded its vaccine eligibility to seniors living in the capital and the nearby prefectures of Chiba, Kanagawa and Saitama from Monday.

While the Osaka venue in the Osaka International Convention Center widened the eligibility to elders living across the western prefecture and the neighboring prefectures of Hyogo and Kyoto.

The mass vaccination centers, which are staffed by doctors and nurses from the Self-Defense Forces, are due to operate for three months using the two-dose COVID-19 vaccine developed by U.S. biotechnology firm Moderna Inc. - Florenda Corpuz

(Article cover photo: Outside the mass vaccination center in Tokyo on Tuesday. Photo by Din Eugenio)