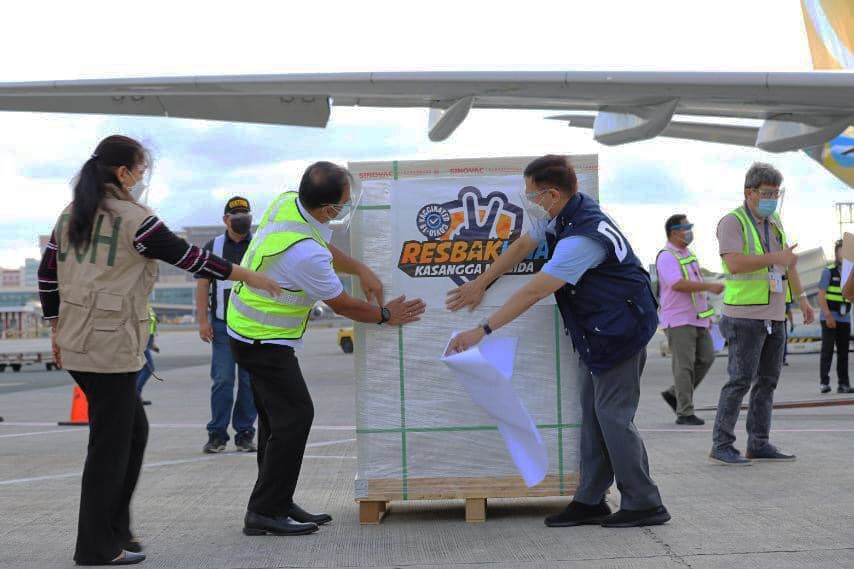 Philippines Gets Another 1M Doses of Sinovac COVID-19 Vaccine

The country had previously acquired 5.5 million shots, which include the one million doses donated by the Chinese government.

According to Galvez, 4.5 million more doses are expected to be delivered this month: one million shots on June 10, and the remaining 3.5 million doses later this month.

The government has started its COVID-19 vaccination program for economic frontline workers or those under the A4 priority group last June 7. - Florenda Corpuz

(Photo courtesy of the National Task Force Against COVID-19)