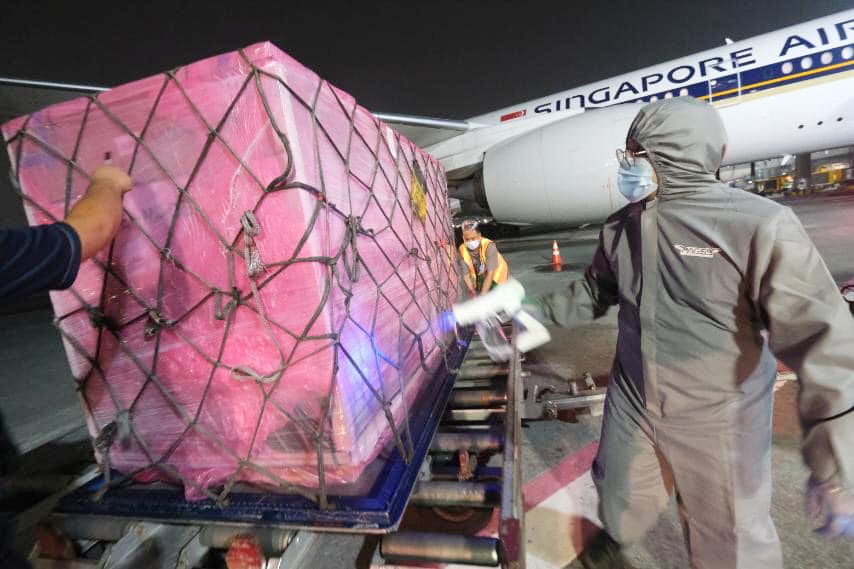 MANILA – The first batch of Moderna’s novel coronavirus jab has arrived in the country on Sunday night.

According to the NTF, 150,000 shots were procured by the government, while 99,600 doses were purchased by the private sector led by the International Container Terminal Services, Inc. (ICTSI).

“A total of 20 million Moderna vaccine doses are expected to arrive in the country this year, of which 13 million doses were procured by the government, while private firms led by ICTSI purchased 7 million doses for their workers,” the NTF said in a statement.

The American-made vaccine is the fifth brand in the Philippines’ supply inventory, which also includes CoronaVac from China’s SinoVac, AstraZeneca from the United Kingdom, Sputnik V from Russia’s Gamaleya and Pfizer from the United States. - FJJ

(Photo courtesy of the National Task Force Against COVID-19)