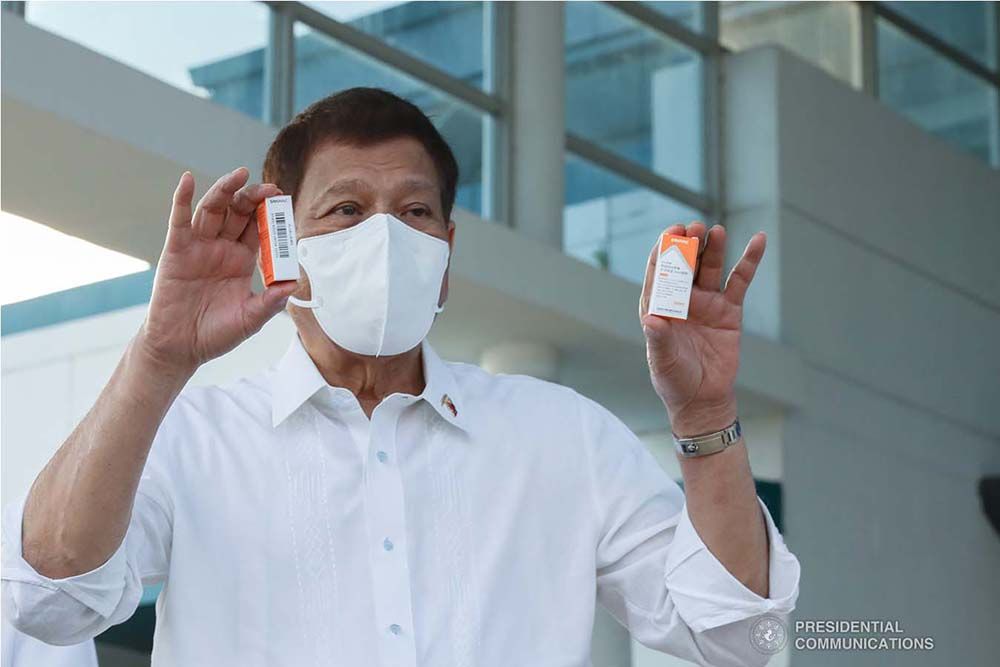 MANILA – The Philippines on Monday received the first tranche of one million doses of Sinovac vaccines out of the 25 million shots purchased by the national government from China.

President Rodrigo Duterte welcomed the arrival of the vaccine doses at Villamor Airbase in Pasay City.

“The arrival of these vaccines is great news as we are beginning to see the fruits of our negotiation efforts after months of hard work to provide vaccines for our people. This is but the first of the many other doses we have negotiated in order to achieve our goal of herd immunity,” Galvez said. “These will allow the country to further expand coverage of our vaccination program.”

He added that the government expects the delivery of around 1.5 to 4 million more Sinovac doses in April and May together with the additional 979,200 AstraZeneca vaccine shots from the World Health Organization-led COVAX facility.

The Philippines had previously received one million doses of Sinovac vaccines donated by the Chinese government: 600,000 doses arrived last Feb. 28 and the 400,000 additional shots were delivered on March 24. - FJJ, DOH