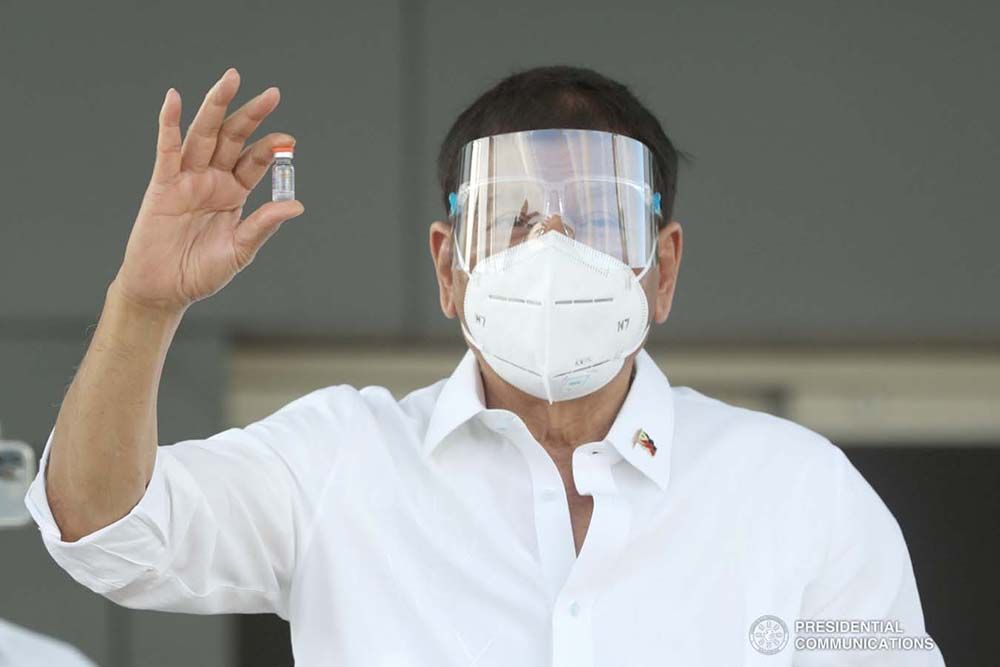 MANILA – The COVID-19 vaccine rollout on March 1 marked a historic event as the Philippine government began its biggest vaccination drive in scale following the receipt of 600,000 donated Sinovac doses from China.

Dr. Gerardo “Gap” Legaspi, Medical Director of the University of the Philippines-Philippine General Hospital (UP-PGH) became the first Filipino to be officially inoculated with a COVID-19 vaccine.

Legaspi was inoculated with CoronaVac, the vaccine from Sinovac Biotech. The first inoculator for the Philippines is UP-PGH nurse Sherlock Santos.

Aside from Legaspi, other medical frontliners of the UP-PGH had themselves vaccinated including Director General Dr. Eric Domingo of the Food and Drug Administration (FDA), Dr. Edsel Salvana of the Institute of Molecular Biology and Biotechnology at the UP-National Institutes of Health, and Dr. Ma. Dominga Padilla who is a Clinical Associate Professor at the UP College of Medicine.

Legaspi stressed that the Sinovac vaccine is safe and assured his fellow medical frontliners that the FDA and the Vaccine Expert Panel will not approve a vaccine for use unless it has been proven safe and effective. Meanwhile, Salvana said that it would be best for health workers to receive the vaccine that is available now to have themselves protected against COVID-19. Padilla likewise encouraged health workers to consider taking the vaccine now to avoid getting infected and go back to their normal way of life.

Galvez said that procurement of vaccines will begin in March including one million doses of Sinovac. The Vaccine Czar also said that they plan to finish the vaccination of all health workers nationwide this month.

A total of 756 frontline healthcare workers from six hospitals in Metro Manila received their first dose of the Sinovac vaccine on the first day of the rollout: 128 vaccinees from the PGH, 85 from Dr. Jose N. Rodriguez Memorial Hospital (Tala Hospital), 20 from the Lung Center of the Philippines, 110 from the Philippine National Police General Hospital, 353 from Veterans Memorial Medical Center and 60 from Victoriano Luna Medical Center. -  PCOO, DOH

(Article's main photo: Duterte inspects a vial of Sinovac after the ceremonial turnover at the Bulwagang Kalayaan in Villamor Air Base, Pasay City on Feb. 28. Toto Lozano/Presidential Photo)

Over 480,000 Doses of AstraZeneca Vaccine Arrive in Philippines via COVAX Scheme