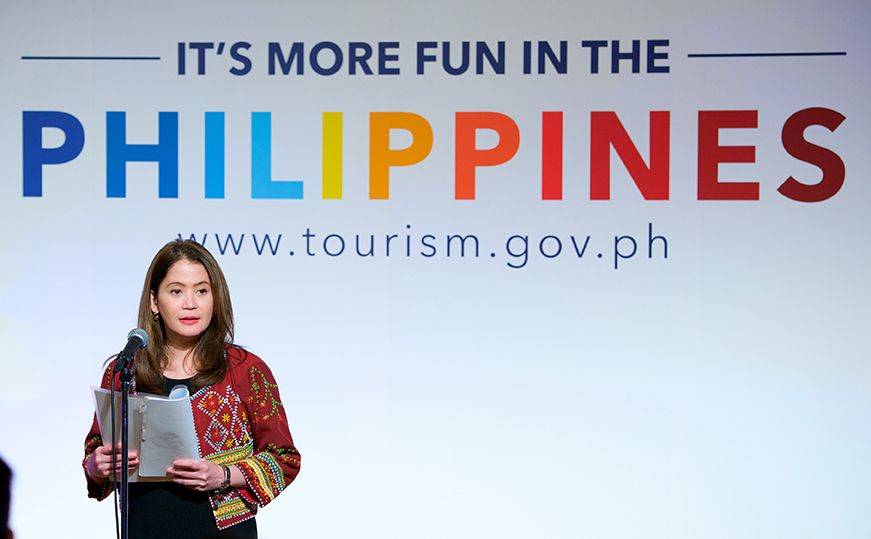 As tourism fun ambassadors, they will work on promotional campaigns including Coron, Palawan and Bohol in line with DOT’s Joshi Tabi(Women’s Travel) program as part of the Kirei Ni Nareru Firipin(The Philippines Makes You Beautiful Inside and Out) sub campaign.

“We hope more Japanese women will discover why the Philippines makes us beautiful. We will take this opportunity to introduce health and wellness, shopping, and food and gastronomy tour products to the ladies segment,” Puyat said.

For the first quarter of 2018, the Japanese market yielded a total of 230,199 travelers, reflecting a 9.04 percent growth rate, placing fourth once again in the country’s top source markets.

“We are happy to know that more and more of the Japanese tourists have been coming to the country,” she added.

Puyat, who was in Japan for her first overseas engagement as tourism chief, led the 108-member delegation composed of 39 private sector companies and government agencies from travel agencies, hotels and resorts as they met with their Japanese counterparts in the course of the three-day business mission in the cities of Tokyo, Osaka and Nagoya last June 26 to 29.

The PBM is an annual travel trade event organized by DOT and Tourism Promotions Board (TPB).

This article was originally published in Filipino-Japanese Journal July 2018 issue.