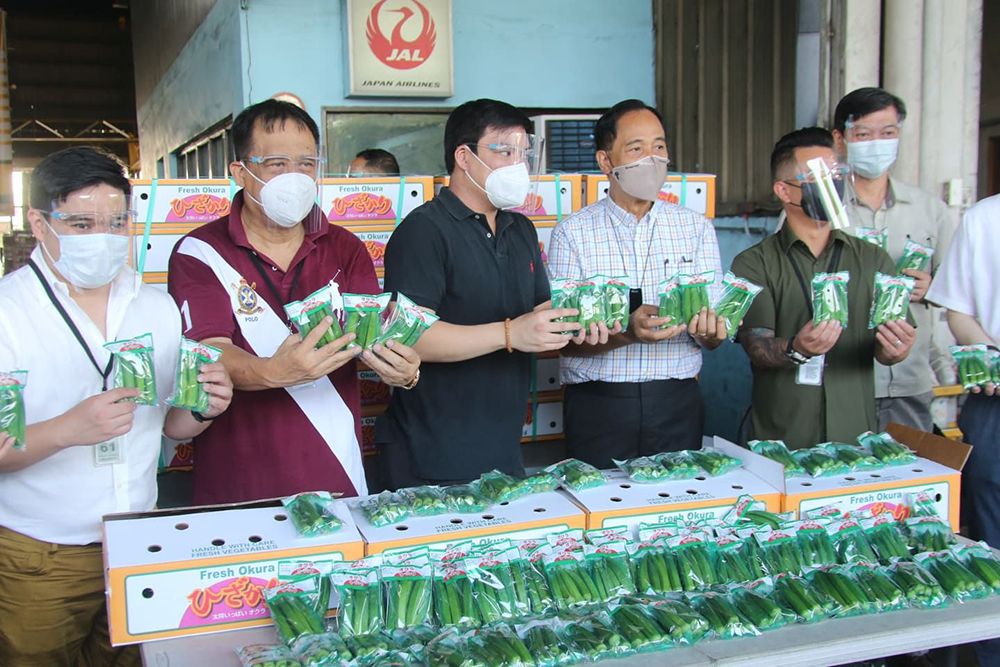 MANILA – The Philippines has started exporting its okra (lady finger) to Japan on Tuesday.

“This is an indication that in spite of COVID-19, we are upping the game. Kagaya nitong okra export to Japan, this is a significant development,” Dar said in a statement.

Jelfarm, one of the country’s leading okra exporters, will ship about five tons of okra to Japan daily as the harvest season starts, and will increase to 13-15 tons everyday once peak season begins.

According to the Department of Agriculture (DA), about 300 farmers are involved in the production of the export-grade okra products that are harvested from different farms in 14 barangays of Tarlac.

The main markets for the Philippine okra are the cities of Tokyo, Osaka, Kobe and Nagoya.

“We recognize the efforts of Jelfarm for increasing export of okra to Japan. Japan is a key market for our produce and they are fond of eating okra as part of their diet,” Dar said, adding that “it’s a win-win arrangement because the farmers planting these are getting higher levels of income compared to rice.”

Fernandez, whose parents established the enterprise 10 years ago, said that his father was looking for alternative livelihood for the Tarlac farmers who were suffering from unstable palay prices throughout the year.

“Ang okra kasi, you can start harvesting within 55-65 days upon seeding, and you can harvest it every day for 75 days straight,” he said.

“It’s a fast turnaround crop, high-yielding crop, and a good source of income for the farmers,” added Fernandez.

(Photograph courtesy of the Department of Agriculture)