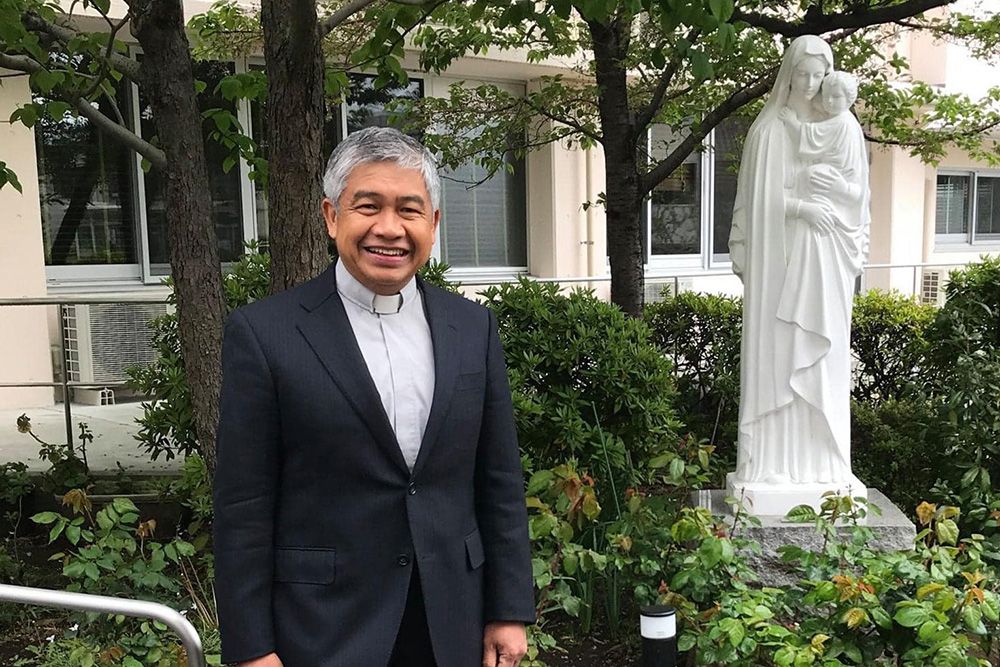 According to the Catholic Bishops’ Conference of the Philippines (CBCP), Fr. Edgar Gacutan will serve as the new bishop of the Diocese of Sendai.

“I thank God for my missionary vocation and for the gift of my priesthood. I am grateful to the Holy Father, Pope Francis, for his trust in me. I am humbled by the Holy Father’s appointment,” he said in a statement sent to Filipino-Japanese Journal (FJJ).

Sendai is the largest city in the Tohoku Region and one of Japan’s 15 biggest cities with roughly one million residents.

Gacutan was previously assigned to the area and worked for the victims of the 2011 Tohoku earthquake and tsunami from January 2014 to March 2017.

“Going to Sendai is a sort of a homecoming. I go back to Sendai with my joyful experience when I served there,” he shared.

Upon his appointment, the 57-year-old priest was serving at the Matsubara Catholic Church in Setagaya, Tokyo.

Gacutan was born in Cagayan province’s Enrile town in 1964. He studied Philosophy at St. Louis University in Baguio City from 1981 to 1985 and Theology at Maryhill School of Theology in Manila from 1986 to 1989.

In February 1990, he was transferred to Japan as a seminary student. After three years of internship in the country, he returned to Manila to complete his theological studies.

He was ordained priest for the Congregation of the Immaculate Heart of Mary in 1994.

A month after his ordination, he was sent back to Japan, where he served as an assistant pastor in Kongo Church, Osaka from 1994 to 1997. He then joined the team ministry in Osaka for six years until 2003.

In 2004, he was appointed superior of the Japanese CICM Province and served until 2012. - Florenda Corpuz, With report from CBCP

(Article cover photo: Fr. Edgar Gacutan, CICM, has been appointed by Pope Francis as the new bishop of the Diocese of Sendai in Japan on the Feast of the Immaculate Conception of Mary. Photograph courtesy of CICM)

Get a Taste of Filipino Christmas with these Desserts at Hard Rock Cafe, Tony Roma’s