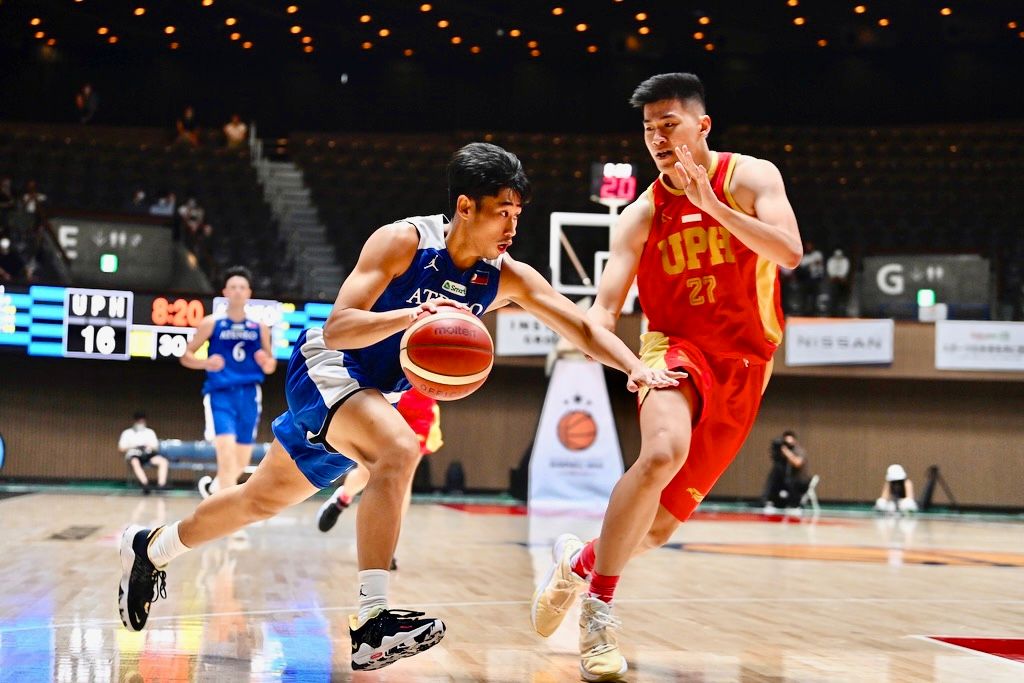 TOKYO – Fans and supporters of Ateneo Blue Eagles were on a high after the men’s basketball team wrapped up the first round-robin in the World University Basketball Series (WUBS) with a 125-39 victory against Indonesia’s Universitas Pelita Harapan (UPH) at the Yoyogi National Stadium Second Gymnasium Tuesday night.

But for team captain BJ Andrade and head coach Tab Baldwin, determining their flaws is just as important as winning the games in this inaugural tourney.

“It’s a great honor to represent the Philippines and our school so I hope we did a good job,” Andrade told Filipino-Japanese Journal (FJJ) in an exclusive interview after the game.

“We hope to identify weaknesses more than anything else. We want to see what we are not doing well,” he said.

“This is just part of the process of evaluation of our team. It is very important that we understand what our weaknesses are, but it’s also important we win games.

“We didn’t come over here to enjoy Japan. It’s a beautiful country, we love it. But we came over here to get some hardware and make our university and our fans proud.”