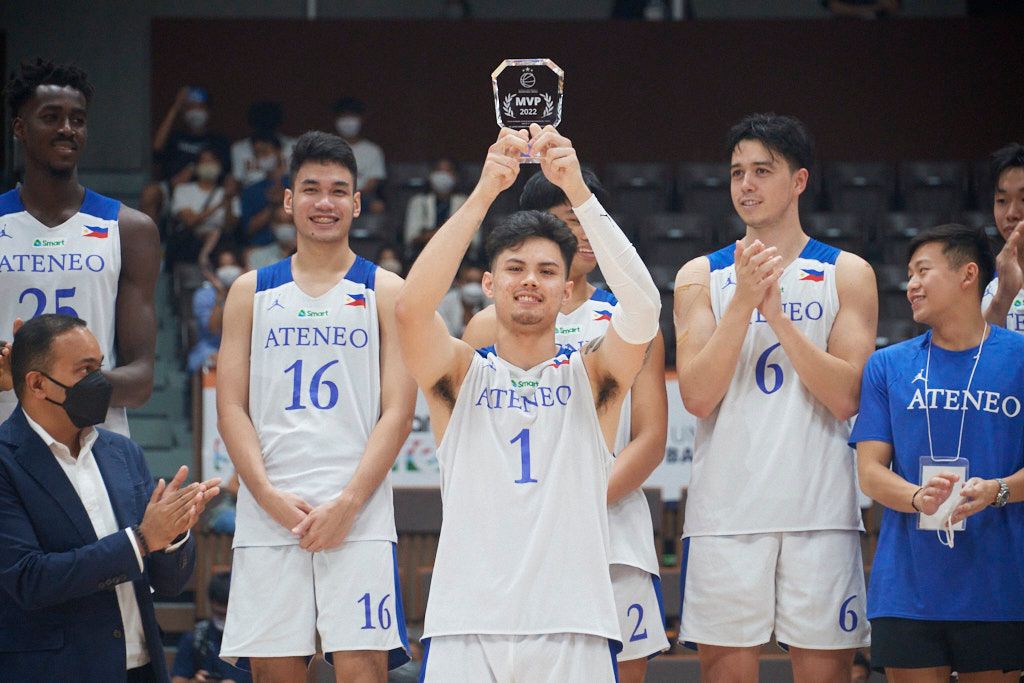 TOKYO – Ateneo Blue Eagles forward Kainoa “Kai” Ballungay’s efforts in the World University Basketball Series (WUBS) did not go unnoticed as he was named MVP of the inaugural tournament held at the Yoyogi National Stadium Second Gymnasium on Aug. 9 to 11.

“I’d like to thank my teammates, I’m nothing without them. They put me in a lot of good positions to shoot the ball,” Ballungay told Filipino-Japanese Journal (FJJ) right after the awarding ceremony.

The Blue Eagles won the first championship of WUBS after beating Tokai University of Japan, 68-59 in the final game, while also defeating Taiwan’s National Chengchi University and Indonesia’s Universitas Pelita Harapan during the three-day competition.

“It feels great. Throughout the tournament, we faced a lot of adversities, and that’s something that this team needs just being that we’re a new team,” commented Ballungay on their victory. “We want to use this experience to build on where we want to go.”

The 6-foot-7 Fil-Am standout also thanked his fans who trooped to the venue to cheer for him and the rest of the Philippine team.

“I want to thank them for supporting me and showing the love that they do. Once again. I’m nothing without them,” he said. - Words by Florenda Corpuz, Photos by Din Eugenio