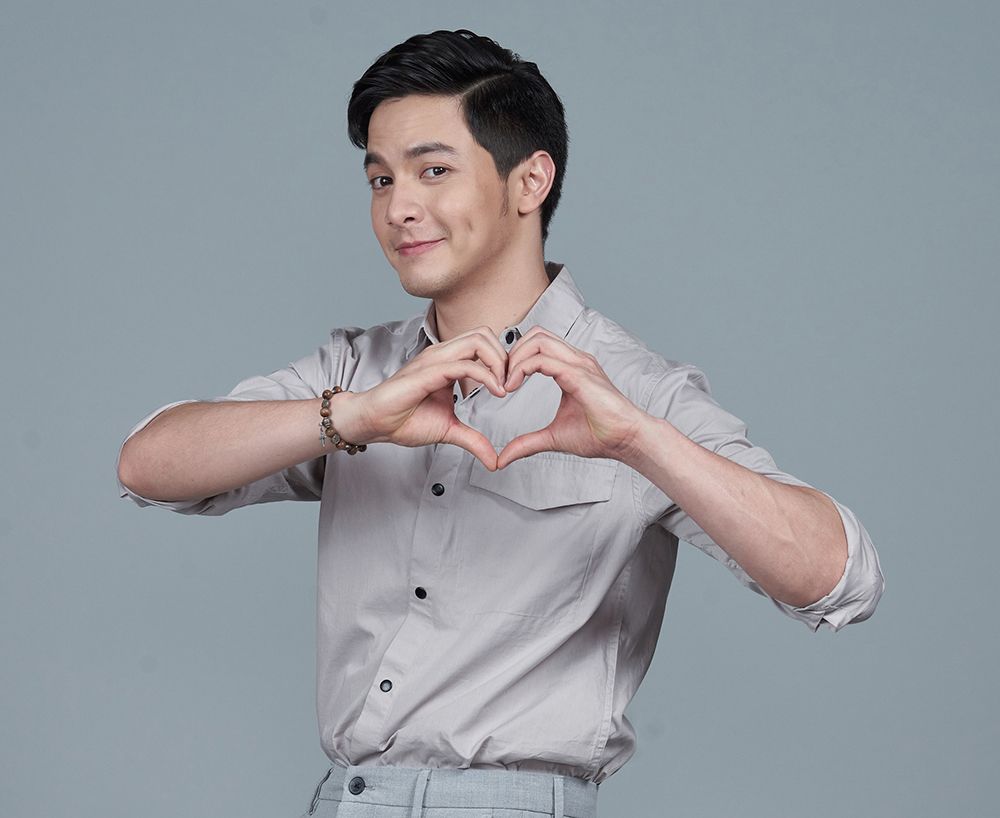 Asia’s Multimedia Star Alden Richards not only made his fans’ hearts flutter but also made history with the first-ever virtual reality concert in the Philippines via the highly successful “Alden’s Reality: The Virtual Reality Concert.”

Held in three timeslots last Dec. 8 and 9, GMA Network’s sold-out show enabled Alden’s supporters from all over the globe to celebrate with him as the Kapuso actor marked his 10th anniversary in the entertainment industry.

And unlike usual online concerts, “Alden’s Reality” gave them a taste of what the future of concert shows would be. It combined cutting-edge technology and performances to produce a full-length concert and immersive interaction with their idol right from the comforts of their homes.

A virtual date like no other, the show begins with Alden waking up in his house and inviting his “date”—the concertgoer—to join him as he navigated Alden’s Reality. He then set the mood up by dancing to catchy songs popularized by some of the world’s most loved boybands. Joining him were his friends Rodjun and Rayver Cruz.

Alden then went on to answer questions just like he was having a one-on-one conversation with his “date,” sharing his innermost thoughts and reminiscing about his ups and downs in the past.

From his heartfelt rendition of “God Gave Me You” to performing his latest single “Goin' Crazy” and dancing to the beat of BTS’ “Dynamite”—Alden only showed how he has grown as a performer on stage.

“Alden’s Reality” also saw Alden looking back on his career as an actor and thanking all his former leading ladies.  In this segment, OPM band December Avenue joined Alden on stage.

Greeting him on his 10th year in showbiz were his fans and friends in the industry including Sanya Lopez, Christian Bautista, Mark Bautista, and Betong Sumaya.

Alden’s fans and friends further showed their support to the Kapuso actor as they shared their experience online. The hashtag “AldensReality” became the top trending topic on Twitter Philippines.

Twitter user @rfjfan shared: “I actually enjoyed that. I liked the songs, the dance numbers, the intimate conversations. I’m so glad I was able to move to the YT link coz then it was like a VR, I could follow A everywhere. Thanks @aldenrichards02.”

Meanwhile, @momices said: “The #ALDENsReality is @aldenrichards02 ‘s way of thanking his fans, supporters, friends, family & co-workers. It was his way to pay tribute to his fans kaya intimate ang atake.  I enjoyed it felt the sincerity. Congrats & thank you @paolovalenciano.”

“We would like to congratulate Alden for setting a new record of being the first Filipino artist to stage the first-ever virtual reality concert in the Philippines,” said GMA Regional TV and Synergy Vice President and Head Oliver Victor Amoroso.

“We are honored that we made history in ‘Alden’s Reality’ with no less than Asia’s Multimedia Star headlining the show as part of his 10th anniversary in the entertainment industry. Being one of the Network’s prime artists, we take pride with having Alden work with us. And while we really aimed for a world-class production, the success of ‘Alden’s Reality’ exceeded our expectations. Thank you to all our Kapuso here and abroad who bought tickets and supported ‘Alden’s Reality.’ We would also like to congratulate all the people who we had the pleasure of working with for this project. This is only the beginning. Expect bigger surprises from Synergy in the future,” he added.

Directed by Paolo Valenciano, “Alden’s Reality” is produced by Synergy: A GMA Collaboration, a group that produces ticketed and non-ticketed events and activities catering to all Filipinos across the globe. The concert also served as GMA Network’s treat to loyal Kapuso for its 70th anniversary.