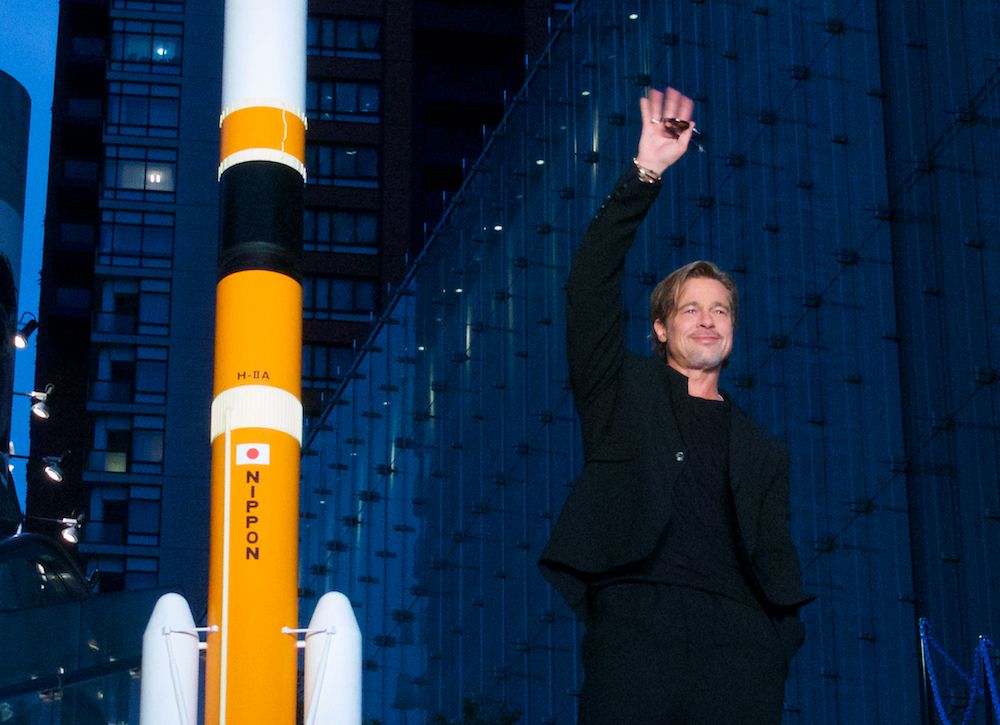 TOKYO – Brad Pitt is in awe of Japan. He is currently in the Japanese capital promoting his new sci-fi film “Ad Astra.”

“I’ve always wanted to spend more time, and I keep saying ‘next time,’ so hopefully next time. But it’s been absolutely wonderful,” he enthused.

In the movie, Pitt plays the role of Roy McBride, an Army Corps engineer who travels to space to search for his missing astronaut father played by Tommy Lee Jones.

“It’s really about the discovery of self,” noted the actor when asked about the message of the film.

He added: “I’ve always loved the sci-fi genre, and I feel very privileged that we got to contribute something that’s unique. I’m pretty proud of what we’ve done here. I think it’s different.”

The “Once Upon a Time in Hollywood” leading man also thanked his adoring Japanese supporters who attended the event to see him, and left a meaningful message for his fans all over the world at the end of the event.

“Just be nice to each other,” he said.

Pitt took part in a press conference at the National Museum of Emerging Science and Innovation on Thursday.