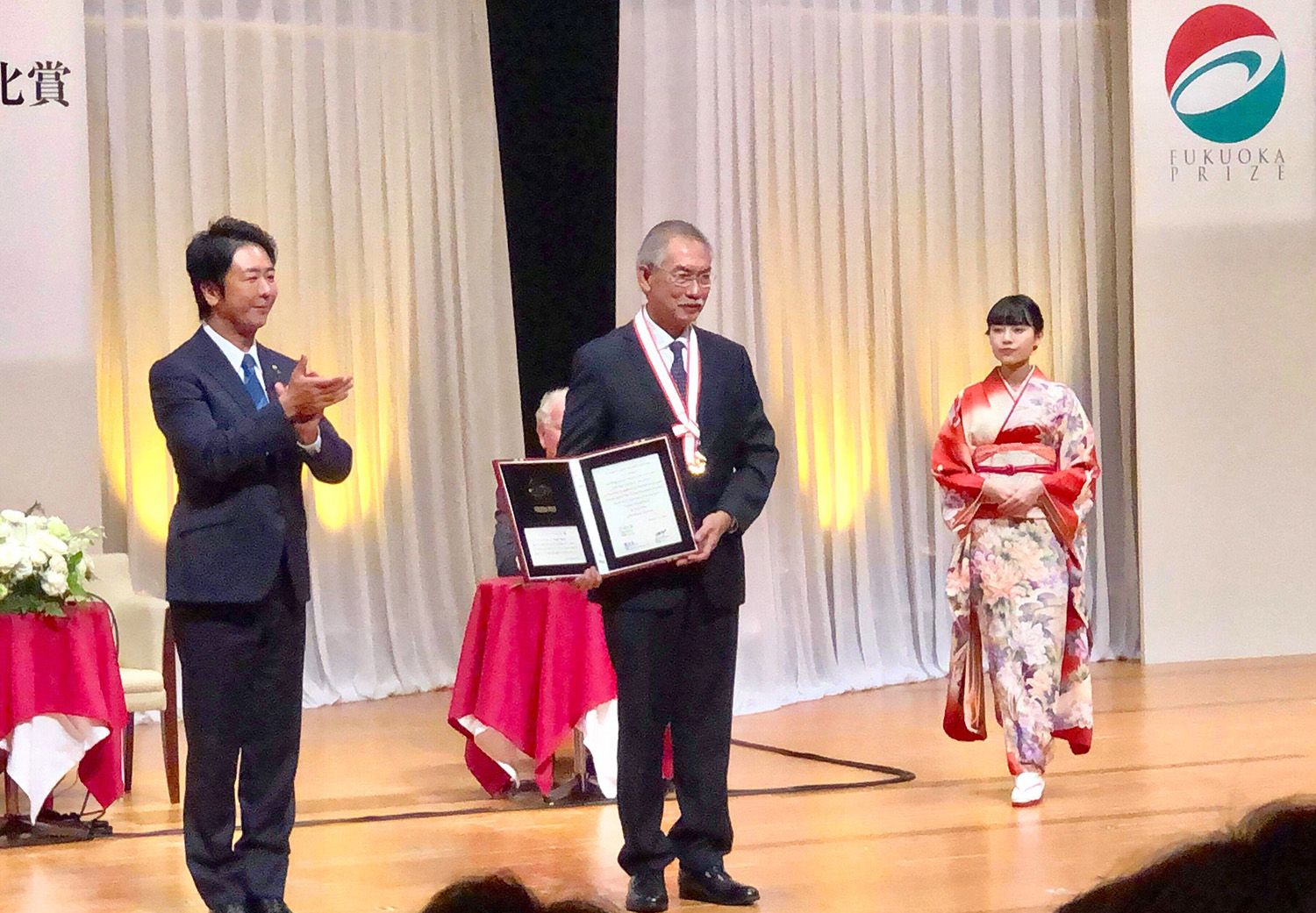 FUKUOKA – Renowned sociologist Randy David has become the first Filipino to win the Fukuoka Grand Prize 2019 for being “a leading Asian public intellectual and intellectual activist.”

The Fukuoka Prize Committee, which administers the prize, honored David on Sept. 10 at a ceremony held in the city’s international congress center alongside two other laureates – historian Leonard Blussé of the Netherlands who received the Academic Prize and Japanese playwright and stage director Sato Makoto who was awarded with the Arts and Culture Prize.

David began his winning speech by saying, “I am grateful to the citizens of Fukuoka for choosing me to be among the recipients of the Fukuoka Prize on its 30th anniversary. I am filled with strong feelings that what we are honoring by these awards are not so much our personal achievements, but certain things that are timeless and enduring.”

He added, “These are the values of friendship, cooperation, solidarity -- and tolerance amid diversity. It is these ideals that drive us – citizens of different nations -- to come together every year in this historic and cosmopolitan gateway city of Fukuoka to celebrate the creation, development, and preservation of the best of Asia’s culture.”

David concluded his speech by dedicating the award to “peace-loving Filipinos” and his late wife, Karina.

“I would like to accept this award in the name of all peace-loving Filipinos, and to humbly share it with my wife. She is not here with us tonight, but our children and grandchildren are. My wife Karina passed away in May, a few weeks after she learned that I had been chosen to receive the Fukuoka Prize. This is for her.”

Fukuoka Prize was established by the City of Fukuoka in 1990 as an award presented annually to honor the outstanding work of individuals, groups and organizations to preserve and promote the unique and diverse cultures of Asia. To date, 115 laureates have been awarded. Six of them are from the Philippines including historian Ambeth Ocampo (Academic Prize 2016), filmmaker Kidlat Tahimik (Arts and Culture Prize 2012), historian Reynaldo Ileto (Academic Prize 2003), filmmaker Marilou Diaz-Abaya (Arts and Culture Prize 2001) and architect Leandro Locsin (Arts and Culture Prize 1992). - Words by Florenda Corpuz, Photographs courtesy of Kara David