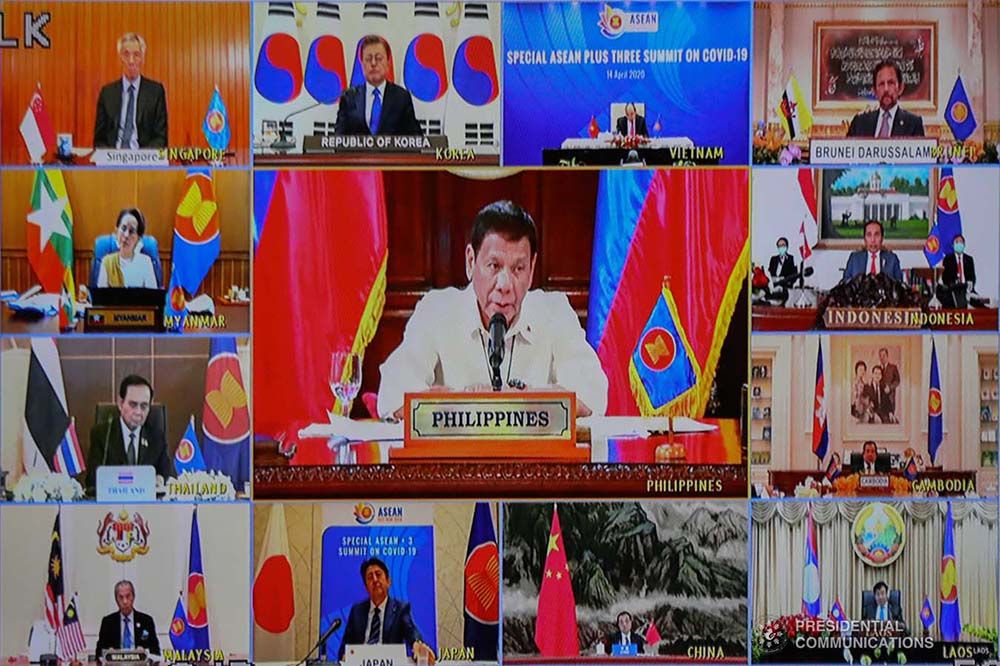 Duterte: Philippines is Ready for Clinical Trial of Avigan

Duterte made the remarks during his address at the ASEAN Plus Three Summit on COVID-19 with Japanese Prime Minister Shinzo Abe, China's Li Keqiang and South Korea's Moon Jae-in.

"The Philippines is ready to participate in clinical trials and medical studies of potential vaccines and medicines such as Avigan," Duterte said in a video conference at the Malago Clubhouse in Malacañang.

"We are confident our scientists and experts within and outside our region will rise to this colossal challenge. A vaccine and/or treatment must be found sooner rather than later," he went on.

"Our duty then and that of relevant multilateral institutions is to make sure that all countries will have fair and easy access to vaccines and treatments," he added.

As stated by Cabinet Secretary Karlo Nograles, the President had an exchange with Abe regarding Avigan.

"According to Prime Minister Abe, there are about 50 countries that are interested in studying this drug further; and Prime Minister Abe gave special mention to President Duterte in this regard," Nograles said in a virtual press briefing on Wednesday.

In Japan, Fujifilm has announced they are ramping up production of Avigan. The company has started the phase III clinical trial of the antiviral drug to evaluate its safety and efficacy for the treatment of patients infected with the new coronavirus. - Florenda Corpuz