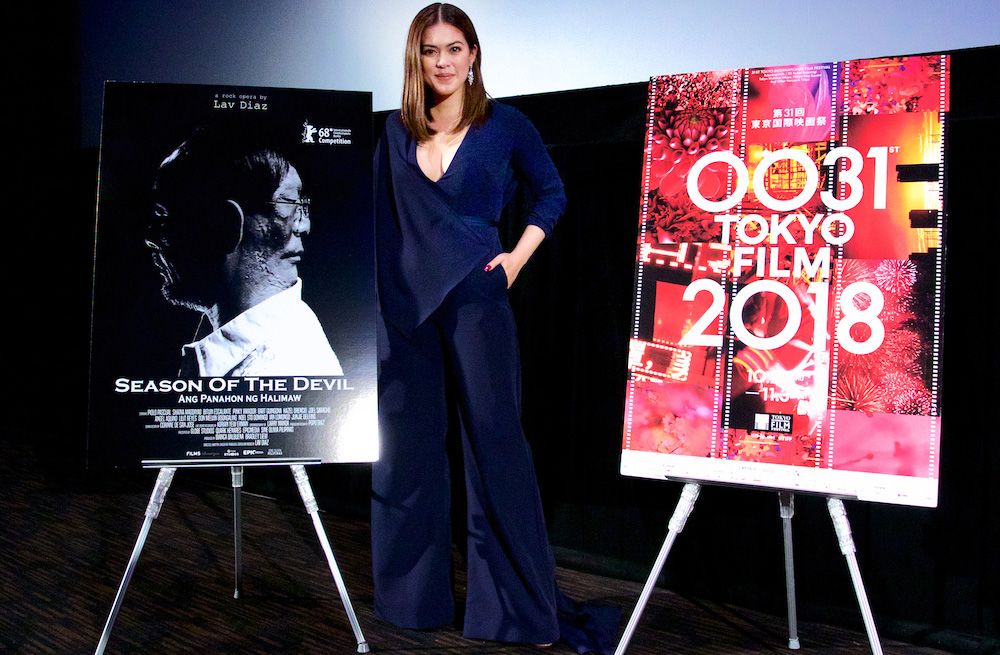 The said film is one of the Southeast Asian music-themed films being featured at the Crosscut Asia section of the A-list festival.

Magdayao, 28, portrays the role of Lorena Haniway, a fearless young doctor who opens a clinic for the poor but later disappears without a trace during the time of Martial Law.

After a well-attended screening of “Halimaw” at Toho Cinemas in Roppongi Hills Tuesday night, the beautiful and talented actress participated in a Q&A session where she said she’s dedicating her role in the film to the unsung Filipino women and unsung heroes of the Philippines.

“I especially dedicate this to the Overseas Filipino Workers who have contributed a lot to the economy through their sacrifices and their love for their families,” she stated.

She told Filipino-Japanese Journal in an exclusive interview that it was a challenge for a non-singer like her to be a part of the film.

“Isang malaking challenge, but it was such a beautiful challenge. Kahit ako hindi ko alam kung paano ako pinagkatiwalaan ni Direk Lav, so it was a very overwhelming experience for me,” she began.

“I just trusted my director, and it was all worth it. I’m a fan of his works and the genius that he is,” she went on.

Magdayao, who started her showbiz career at age six also shares her experience on the TIFF red carpet.

(Words and interview by Florenda Corpuz, Photographs by Din Eugenio)