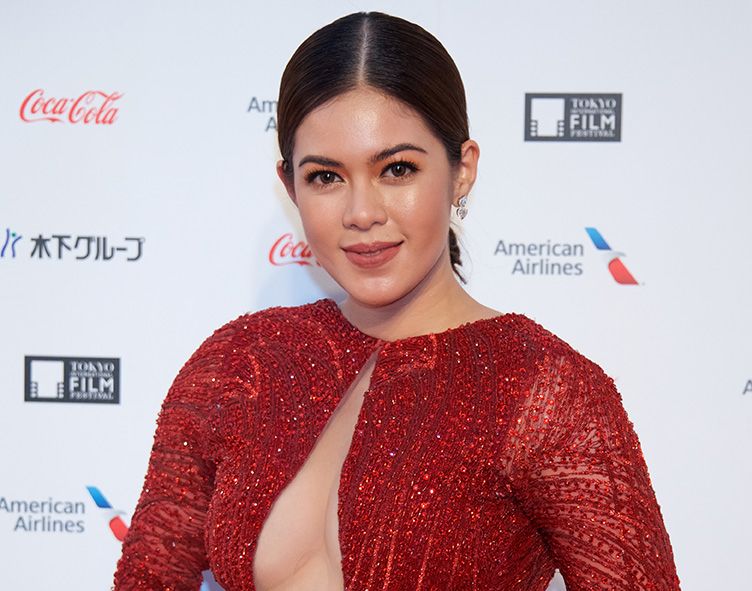 TOKYO – Shaina Magdayao dazzled in her red Michael Leyva gown when she walked the red carpet at the opening of the 31st Tokyo International Film Festival (TIFF) in Roponggi Hills recently. The 28-year-old Kapamilya star was the sole representative of Lav Diaz’s four-hour monochrome rock opera “Ang Panahon ng Halimaw (Season of the Devil).” She became an instant darling of the Japanese and foreign press when she warmly accommodated their photo and interview requests.

Diaz’s masterpiece was one of the Southeast Asian music-themed films featured at the Crosscut Asia section of the A-list festival. Shaina portrays the role of Lorena Haniway, a fearless young doctor who opens a clinic for the poor but later disappears without a trace during the time of Martial Law.

A Tribute to OFWs

After a well-attended screening of the film at Toho Cinemas on Oct. 30, the beautiful and talented actress participated in a Q&A session where she said she’s dedicating her role in the film to the unsung Filipino women and unsung heroes of the Philippines.

“I especially dedicate this to the Overseas Filipino Workers who have contributed a lot to the economy through their sacrifices and their love for their families,” she stated.

She told Filipino-Japanese Journal in an exclusive interview that it was a challenge for a non-singer like her to be a part of the film.

“Isang malaking challenge, but it was such a beautiful challenge. Kahit ako hindi ko alam kung paano ako pinagkatiwalaan ni Direk Lav, so it was a very overwhelming experience for me,” she began.

“I just trusted my director, and it was all worth it. I’m a fan of his works and the genius that he is,” she went on.

She added that representing the work of Diaz in TIFF was such a humbling experience.

For Shaina, the whole TIFF experience is one of the most remarkable highlights of her career. She started her acting career at age six when she became the lead star of the TV drama series “Lyra.”

She also thanked the Filipinos who came to see the film and showed support.

Shaina’s showbiz journey is not devoid of issues and controversies. But being in the business for years, the beguiling actress has managed to shrug off negativity. Maybe it comes with maturity, or the ability to decipher the ropes of the showbiz game. In the Q&A session, she was a picture of pure talent and intelligence – masterfully conveying her thoughts about the film.

In showbiz, luck, hard work and talent must mix together in order to stay longer and Shaina is one of those blessed with all three.

“Projects are getting bigger and better and I’m always looking forward to exciting surprises. But I’m also thankful that even if I started young, work has been non-stop and that I’m still here, doing what I love,” she enthused.

After “Halimaw,” Shaina is set to do another film with Diaz and other exciting projects that are still under wraps.