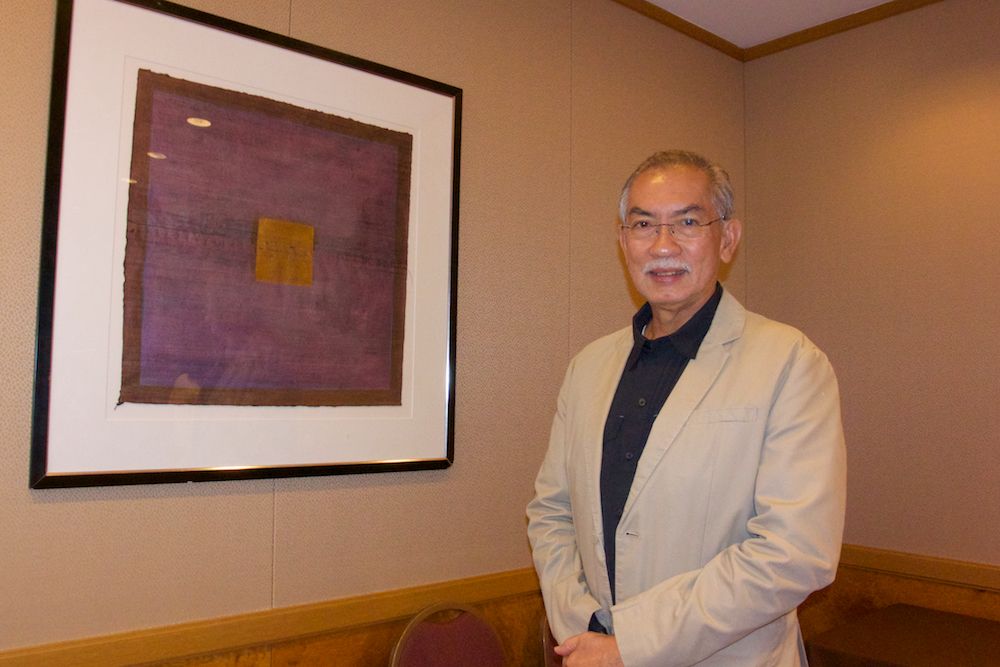 FUKUOKA – Randy David received the Fukuoka Grand Prize 2019 last September— becoming the first Filipino to ever win the prestigious award. A day after accepting the accolade, he granted us an interview where he answered questions about his “bittersweet” win.

Prior to bagging the highest honor, the 73-year-old professor emeritus of sociology at the University of the Philippines was one of the nominators from the Philippines when the Fukuoka Prize was established in 1990. “I was very familiar with the objectives of the Fukuoka Prize because hindi alam ng mga organizers ngayon na 30 years ago, noong itinayo ito, I was one of the nominators from our country,” he said before adding, “Hindi ko inaasahan because when you join the board of trustees, you don’t expect to be given the prize yourself. So it was a very pleasant surprise that one of the professors emailed me and said, ‘Will you accept it?’ I said what, ‘I didn’t know I was nominated.’ It was totally unexpected.”

David first visited Fukuoka 32 years ago to attend a conference, and was happy to be returning to the city with his family. “That one brief moment made not only me happy, but also my wife because she was still alive when she learned about it. And suddenly, she felt strong and she said, ‘let’s all go to Fukuoka.’” His late wife, Karina, passed away in May, a few weeks after she learned that her husband has been chosen to receive the Fukuoka Prize.

When asked how does he intend to spend the prize money, David answered: “I’ve always thought of that. It’s quite substantial. Half of it will go to Kara’s foundation to help the children of indigenous people, particularly the aetas, have their own libraries, clinics and classrooms up in the mountains. The other half, I will give to Bishop Ambo’s foundation, which funds scholarships for bright and deserving students who want to finish technical courses in the universities. Maybe some of the money, which I will give to the bishop will go to the families of victims of extrajudicial killings.”

David, who wants to be remembered as the husband of Karina, said that if she were alive today, she would probably tell him, “Well done.”

“I often think that she led a more service-oriented life than I did. I’m very thankful for that,” he said smiling though tears were in his eyes. “I’m introduced now as the father of Kara or any of my children, and I take pride in that.” - Florenda Corpuz

The Heart Speaks Louder Than Words in the Film 'Isa Pa, With Feelings'