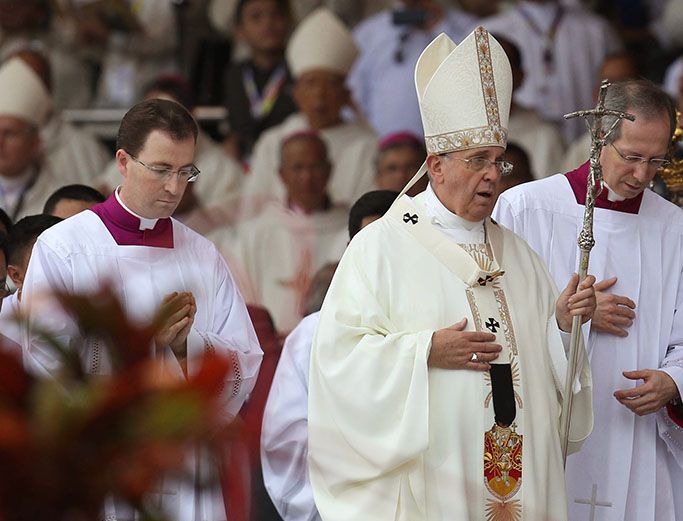 ROME/TOKYO – Pope Francis will travel to Japan from Nov. 23 to 26 to visit Tokyo, Nagasaki and Hiroshima and spread his message of mercy and compassion.

The Holy See published his itinerary on Oct. 2.

The Pope will arrive at Haneda Airport from Bangkok, Thailand on Nov. 23.

On Nov. 24, he will visit Nagasaki and deliver a message on nuclear weapons at the Atomic Bomb Hypocenter Park.

He will then proceed to Nishizaka Hill to pay tribute to the 26 Martyr Saints who were executed there.

In the evening, he will visit Hiroshima and address a meeting for peace at the Peace Memorial Park and will return to Tokyo after.

On Nov. 25, the Pope will meet Emperor Naruhito at the Imperial Palace and Prime Minister Shinzo Abe at the Kantei. He will later hold a mass at Tokyo Dome.

On his last day in the country, he will visit Sophia University before returning to Rome.

Pope Francis will be the first pope to visit Japan since John Paul II in 1981. - Words by Florenda Corpuz

9:30 Departure by plane for Tokyo

Meeting with the bishops at the Apostolic Nunciature

7:00 Departure by plane for Nagasaki

Message on nuclear weapons at the Atomic Bomb Hypocenter Park

Tribute to the Martyr Saints at the Martyrs’ Monument - Nishizaka Hill

Lunch at the bishop’s house

Holy mass in a baseball stadium

16:35 Departure by plane for Hiroshima

Meeting for peace at the Peace Memorial

20:25 Departure by plane for Tokyo

Meeting with the victims of “Triple Disaster” at Bellesalle Hanzomon

Private visit to Emperor Naruhito at the Imperial Palace

Meeting with young people at the Cathedral of Holy Mary

Lunch with the papal delegation at the Nunciature

Meeting with the Prime Minister at Kantei

Meeting with authorities and the diplomatic corps at Kantei

Breakfast and private meeting with the collegium maximum at Sophia University

Visit to the elderly and infirm priests at Sophia University

11:35 Departure by plane for Rome/Fiumicino