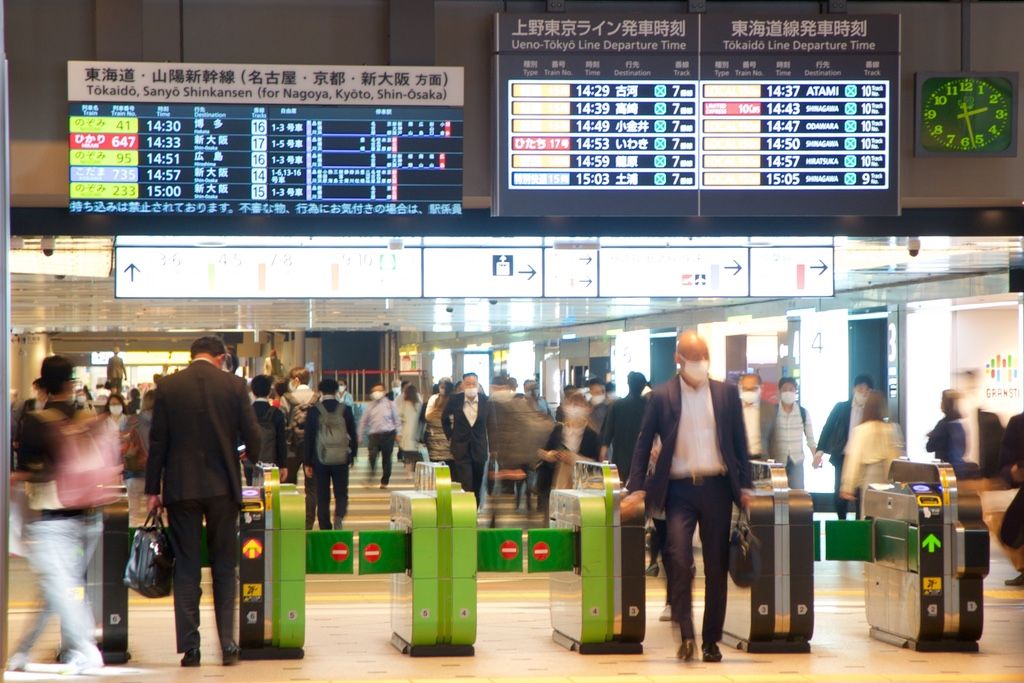 Japan Extends COVID-19 State of Emergency Till May 31

TOKYO – Japanese Prime Minister Yoshihide Suga on Friday extended the current state of emergency over the COVID-19 pandemic for Tokyo and the western prefectures of Osaka, Kyoto and Hyogo until May 31 as new variants of the virus are becoming prevalent in the country.

He declared the country's third state of emergency, previously set to end on Tuesday, last April 25 for the four areas to curb the spread of the deadly respiratory virus during the Golden Week holidays.

The government also prolonged a quasi-state of emergency covering the prefectures of Chiba, Kanagawa, Saitama, Ehime and Okinawa to the end of the month, and included Gifu, Mie and Hokkaido. Miyagi Prefecture will be removed from the coverage after Tuesday. - FJJ

(Passengers walk through automatic ticket gates at Tokyo Station on May 10. Photographed by Din Eugenio)