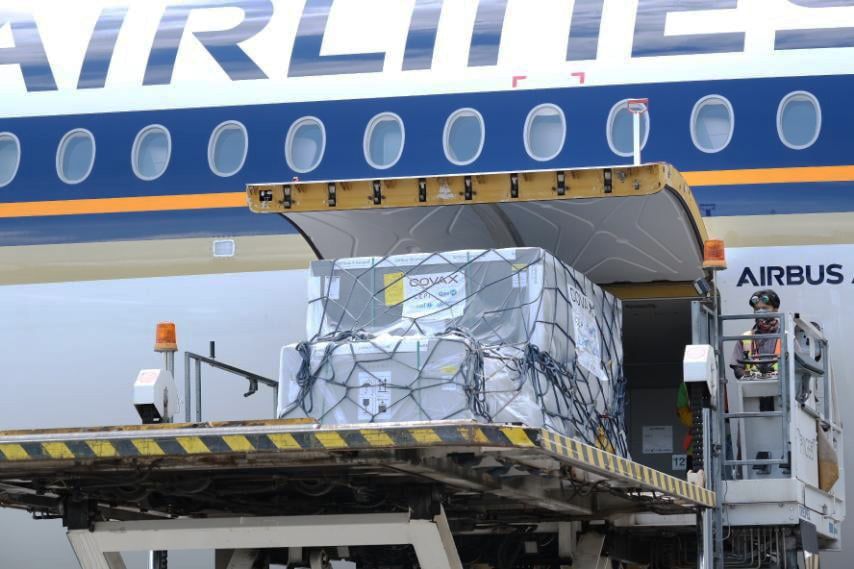 PASAY CITY – The Philippines received on Saturday the single biggest delivery from the WHO-led COVAX Facility consisting of 2,030,400 doses of AstraZeneca vaccine.

The vaccine doses were transported via a Singapore Airlines flight from The Netherlands and landed at the NAIA Terminal 3 at 12:49 p.m.

The first delivery of AstraZeneca vaccine from the COVAX Facility came in two batches, which arrived in the country on March 4 and March 7, respectively.

To date, the country has received a total of 7,571,000 of anti-COVID vaccines, which include those procured by the government, as well as donations from the Chinese government and the COVAX Facility.

(Photos courtesy of the National Task Force Against Covid-19)

Japan Extends COVID-19 State of Emergency Till May 31