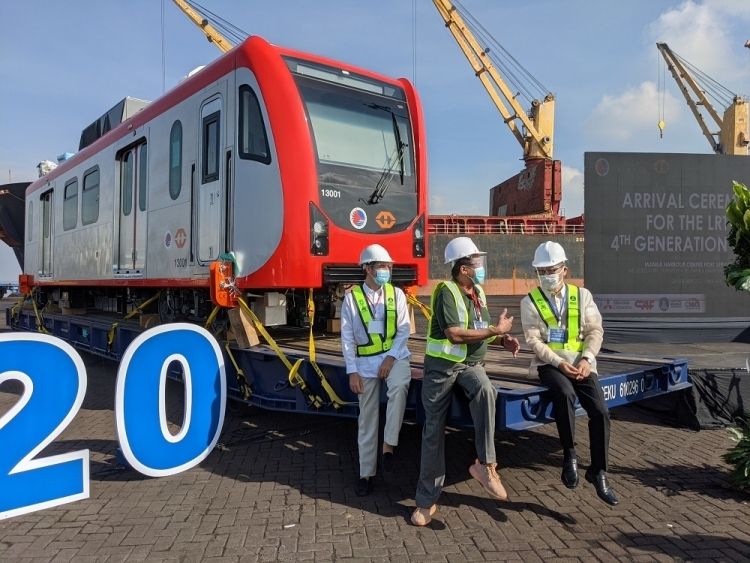 MANILA – The first batch of fourth generation light rail vehicles (LRVs) from Spain and Mexico to be used for the Light Rail Transit Line 1 (LRT-1) Cavite Extension Project arrived in the country on Tuesday.

The Japan Embassy in Manila said a total of 120 new LRVs funded by the Government of Japan, through the Japan International Cooperation Agency (JICA), with Mitsubishi Corporation as the implementing contractor, would be provided to LRT-1.

“This undertaking forms part of the ‘Capacity Enhancement of Mass Transit Systems in Metro Manila Project,’ which includes support for the expansion of both the LRT-1 and LRT-2. By procuring new LRVs, rehabilitating existing facilities, constructing line extension, and expanding current depots, the said project aims to improve the capacity of the LRT and deliver a safer, more reliable, and punctual railway system to commuters in the capital,” it said in a statement.

(Photo courtesy of Embassy of Japan in the Philippines)