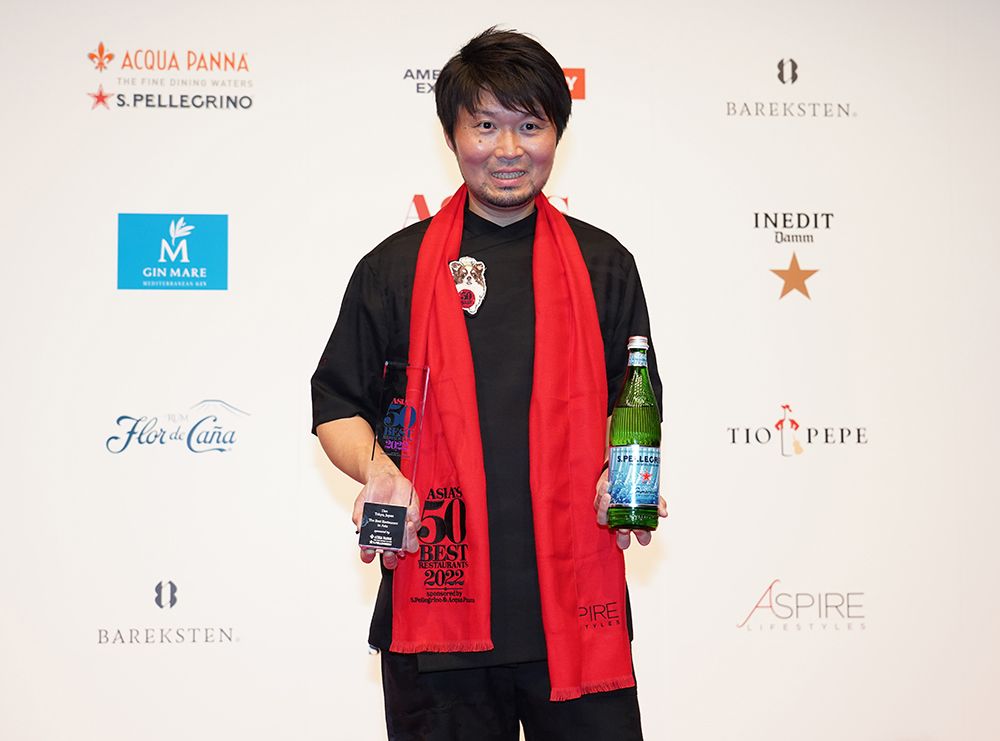 TOKYO – Japan has came out on top of this year’s list of Asia’s 50 Best Restaurants with 11 entries.

“Den reflects the personality of its chef-owner, Zaiyu Hasegawa,” the Asia’s 50 Best Restaurants said in a statement.

“Taking a playful, personal approach to kaiseki cuisine, Hasegawa and his team delight diners with creative presentations and surprising twists on traditional dishes,” it added.

Japanese chefs and restaurants were also recognized in several individual award categories. Rising 14 places to No. 13, Ode in Tokyo was named the winner of the Highest Climber Award. Villa Aida in Wakayama made a remarkable debut on the list at No. 14, earning the Highest New Entry Award.

Été in Tokyo has double reason to celebrate. As well as entering the list at No. 42, the restaurant’s chef-owner, Natsuko Shoji received the Asia’s Best Female Chef Award. Other newcomers to this year's list include Sézanne (No. 17) in Tokyo and the Italian-inspired Cenci (No. 43) in Kyoto.

The prestigious list was revealed on March 29 at three simultaneous events across Asia, gathering chefs, restaurateurs, industry VIPs and media in person in Bangkok, Macau and Tokyo. - FJJ