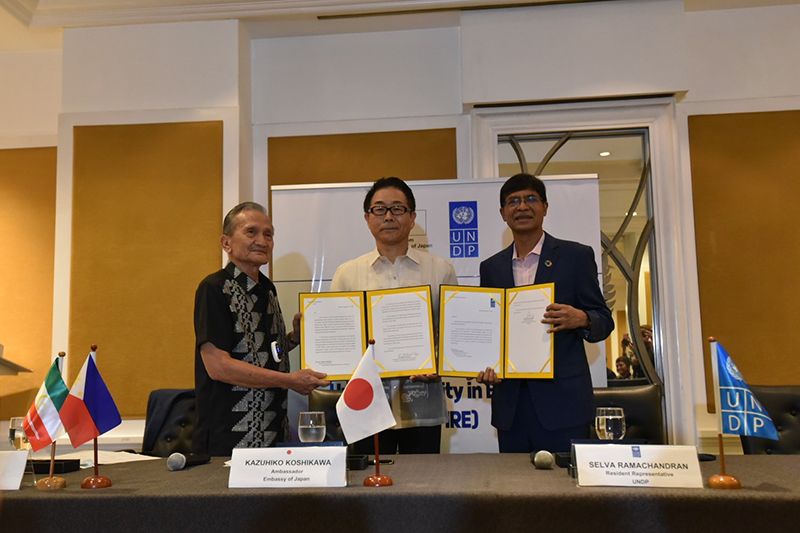 TOKYO/MANILA – The Japanese government is partnering with the United Nations Development Programme (UNDP) in the Philippines to help address the issue of sporadic conflicts caused by the use of private small arms and light weapons (SALWs) in the Bangsamoro Autonomous Region in Muslim Mindanao (BARMM).

Japan is contributing approximately 579 million yen for the project called “Assistance for Security, Peace, Integration and Recovery for Advanced Human Security in BARMM” to be implemented by the UNDP.

“Through UNDP, which has been deeply involved with the parties to the peace process in Mindanao, this project will build a system for collecting small arms possessed by ex-MILF combatants and members of civilian armed groups,” Japan’s Foreign Ministry said in a statement on Tuesday.

Japanese Ambassador to the Philippines Kazuhiko Koshikawa expressed his confidence over the partnership.

“As this project will be a remarkable step for the normalization, as the first large-scale and comprehensive project to tackle the issue of private SALWs, I am grateful that Japan can support it,” he said.

Japan has been rendering support to the peace process in Mindanao for more than 20 years. - Florenda Corpuz

DMW: No OFW Hurt in Typhoon that Hit Japan